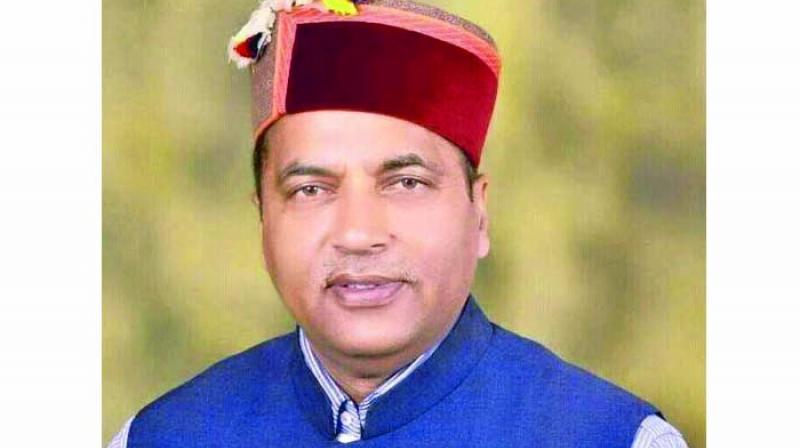 New Delhi: Himachal Pradesh got its 14th chief minister on Wednesday when Jairam Thakur was sworn in as the chief minister of the BJP-led government. Mr Thakur, along with 11 other ministers, were administered the oath of office and secrecy at a ceremony at the historic Ridge Ground in Shimla. The ceremony was also attended by Prime Minister Narendra Modi, BJP president Amit Shah, party veteran L.K. Advani, Central ministers and chief ministers of BJP ruled states. The BJP had won 44 out of 68 seats in the hill state in the recently concluded Assembly election.

Governor Acharya Devvrat administered the oath of office and secrecy to Mr Thakur, 52, a five-time MLA from Seraj and other ministers, including six new faces. The Cabinet is complete as all 12 berths have been filled while two MLAs would be accommodated as Speaker and deputy speaker.

Mr Thakur is the first chief minister from the second largest Mandi district and sixth person to adorn the office of the chief minister.

Besides, the chief minister, two ministers are from his home district of Mandi, four from the largest Kangra district, one each from Shimla, Solan, Kullu, Una and Lahaul and Spiti districts.

The BJP had won 20 seats in Kangra and Mandi districts and also won 13 out of 17 seats reserved for Scheduled Castes and two out of three Scheduled Tribe seats. The newly formed government has six Rajputs including the chief minister, Mohinder Singh, Vipin Parmar, Virender Kanwar, Gobind Thakur and Vikram Singh, three Brahmins including Suresh Bharadwaj, Anil Sharma and Ram Lal Markanda, who is both tribal and Brahmin and two OBCs.