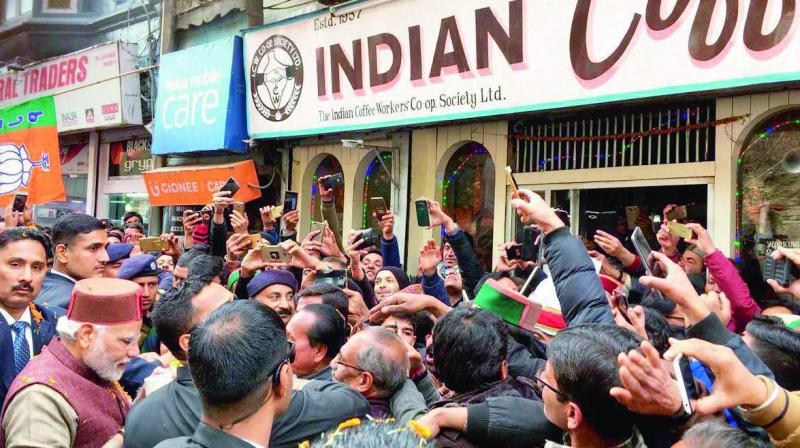 Shimla: The aroma of coffee at one of the popular eateries here proved too strong for Prime Minister Narendra Modi to resist as he made an unscheduled halt on Wednesday to sip the beverage, much to the surprise and delight of the locals.

The cavalcade of the Prime Minister, who was in the city to attend chief minister Jai Ram Thakur’s swearing in ceremony, made a surprise stop outside the Indian Coffee House.

Ignoring security concerns, Mr Modi came out of his car and headed straight inside with huge crowds assembled outside.

The Indian Coffee House was a favourite place for Mr Modi during his eight year tenure as in-charge of BJP affairs for Himachal and he had during his rally at Shimla on April 27 made a special reference to it. He even named few journalists who would join him at the coffee house.

Governor Acharya Devvrat had hosted a lunch for the Prime Minister and other dignitaries.

However, Mr Modi did not stay back for lunch and left after having his favourite coffee.