Farmers in Haryana to get 44,000 pending tube-well connections in 6 months

The farmers will receive the tube well connections within the next 6 months, which have been pending since January 1, 2014. 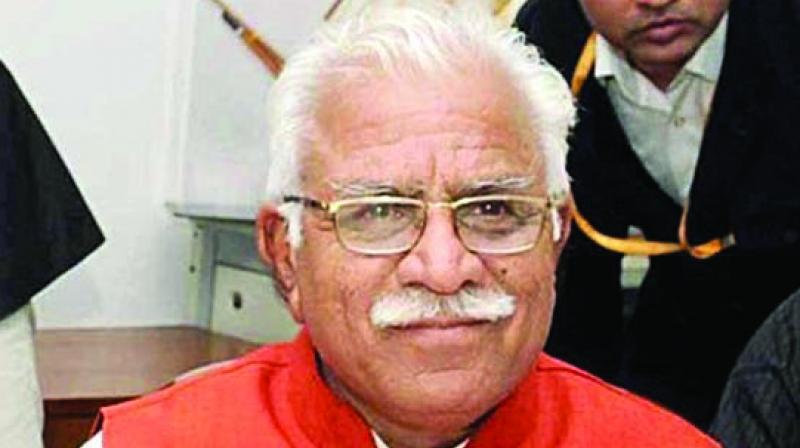 Addressing press conference in Chandigarh on Thursday, CM Manohar Lal Khattar said that target has been set to issue 50,000 new solar energy connections of which tenders have been floated for 15,000 connections. (Photo: File)

Chandigarh: Haryana Chief Minister Manohar Lal Khattar has announced that about 44,000 tube well connections pending since January 1, 2014 by March 31, 2019, will be issued to farmers of the state in the next six months.

Addressing a press conference in Chandigarh on Thursday, the Chief Minister said that a target has been set to issue 50,000 new solar energy connections of which tenders have been floated for 15,000 connections.

While giving the details of the reforms and achievements of the Power Department during the last four years, Khattar said that use of solar energy in tube wells reduces power consumption by 30 per cent.

"The 468 agricultural tube wells falling under Vayama Feeder of Karnal block and Saspur Feeder of Yamunanagar block would be changed into solar energy at an estimated cost of about Rs 25 crore," he added.

The Chief Minister further encouraged the state farmers to adopt micro irrigation and stated that farmers would be given solar energy unit and they would utilize the energy generated during the daytime, and incentive amounting to Rs 1 per unit would be given to farmers for maintenance purpose. The additional power would be sold to power grid.

Highlighting the efforts of his government in improving power grid set up in the state, Khattar said that the State government has improved the losses being caused by monthly payment of Rs 30 crore to Power Grid for Inter-State Transmission and saved about Rs 300 crore by National Thermal Power Project at Jhajjar and pending cases of inter-state transmission payment amounting to about Rs 1120 crore has so far been sent to the power grid.