India   Politics  28 Dec 2019  BJP jealous of us as they are out of power, says Aaditya Thackeray
India, Politics

BJP jealous of us as they are out of power, says Aaditya Thackeray

'We understand their pain but we are focused on our works as people have trusted us,' Aaditya added. 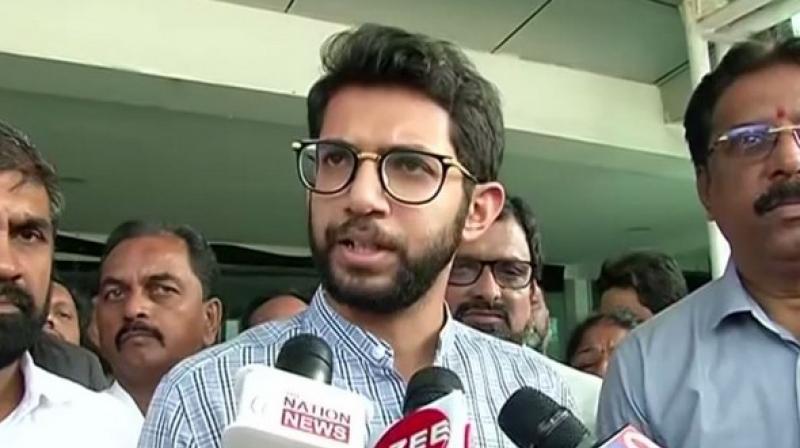 Mumbai: Taking a jibe at his old ally Bharatiya Janata Party (BJP), leader Aaditya Thackeray on Friday said that the Opposition in the state is jealous of Shiv Sena as the former is out of power now.

"They are now out of power so they are sad and I won't suggest them to use 'barnol'. We understand their pain but we are focused on our works as people have trusted us. We have started to fulfill our promises such as loan waiver, Rs 10 food plate, or providing houses to the people," Thackeray told reporters here.

"Maha Vikas Aghadi will keep working for the welfare of the state and we should avoid such trolls. They (BJP) let them troll us as they are not in power. So let them be busy by trolling, they are trolling us from the places where they have not stopped the internet. It is good to let them use their mobile phones and continue doing so, they are out of power and so they are jealous of us," he said.

Commenting on the Wadala incident where Shiv Sena workers allegedly tonsured a man, Thackeray said: "I know these trollers they don't only troll Shiv Sena but they also troll women and women journalists. It is natural that when someone is angry they engage in trolling. But I request people not to get angry because people are out of power so they are doing so."