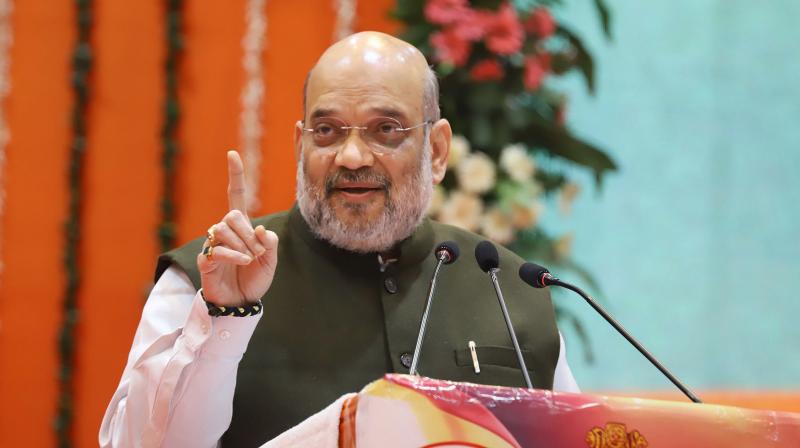 Panaji: Union Home Minister Amit Shah will be on a day-long visit to poll-bound Goa on Sunday, during which he is scheduled to address separate indoor public meetings in three Assembly constituencies in the state, a party functionary said.

Assembly elections in Goa, where the BJP is currently in power, will be held on February 14.

The Union minister will address the first public meeting in Ponda at 4.30 pm, followed by another such event in Sanvordem at 6.30 pm. He will hold his last public meeting of the day at Vasco at 8 pm.

"All three public meetings will be held indoors with 50 per cent seating capacity and all the protocols related to COVID-19 will be followed during these events," Tanavade said.

The last rally at Vasco will be live-streamed in 10 different Assembly constituencies simultaneously, he added.

This is the first public meeting in the state to be addressed by any star campaigner of the BJP since the Election Commission of India (ECI) announced the schedule of the Assembly polls in five states earlier this month.

The BJP has fielded candidates from all 40 Assembly constituencies in Goa.

The ECI had last week extended its ban on physical rallies and roadshows till January 31 in the five poll-going states, but allowed public meetings with a maximum of 500 people in the constituencies where elections will be held in the first phase. It had, however, granted a relaxation for political parties to hold indoor meetings of maximum 300 people or 50 per cent of the capacity of the hall.