Responding to a question on the issues she will raise as a politician, the actress said she will focus on rights given under democracy. 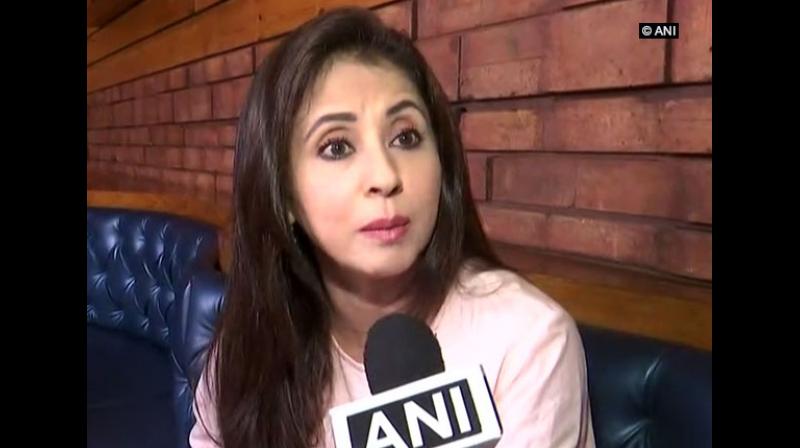 Matondkar was inducted into the party on Wednesday in the presence of Congress spokesperson Randeep Surjewala and newly-appointed Mumbai Congress chief Milind Deora. (Photo: ANI)

Mumbai: The Congress on Friday announced that it will field actress Urmila Matondkar from Mumbai North Parliamentary constituency of Maharashtra in the ensuing Lok Sabha elections.

Matondkar was inducted into the party on Wednesday in the presence of Congress spokesperson Randeep Surjewala and newly-appointed Mumbai Congress chief Milind Deora.

Speaking to media persons here on Thursday, Matondkar had said: "I have joined the Congress because I adhere to its ideology. If I get the ticket to fight polls then I will work for the people of Mumbai."

"Democracy belongs to people and they are its rule makers", she added.

Matondkar also accused the BJP of spreading "politics of hate," and urged those being branded as "anti-nationals" to raise questions against those questioning their patriotism.

The seven-phased Lok Sabha elections are scheduled to be held from April 11 and will go on till May 19.

Maharashtra will go to polls in the first four phases, beginning April 11. Results of the polls will be declared on May 23.