Before filing his nomination, Deol paid a visit to the Golden Temple in Amritsar and offered prayers. 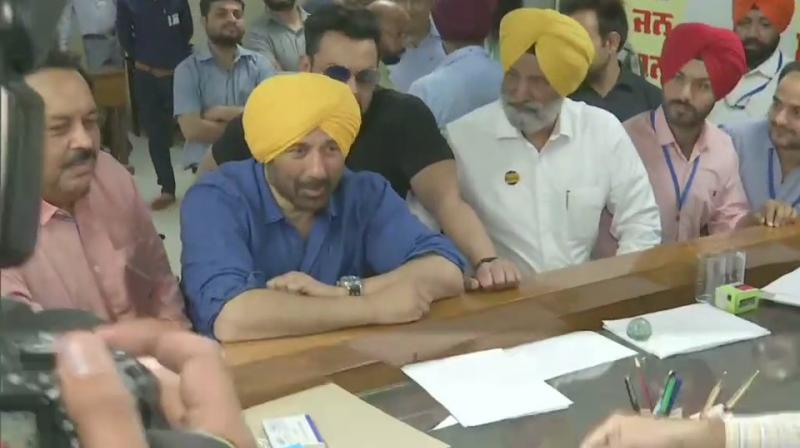 Before filing his nomination, Deol paid a visit to the Golden Temple in Amritsar and offered prayers.

Prime Minister Narendra Modi on Sunday met Deol on Sunday and posted a photo of the meeting along with a message on Twitter stating that he was impressed with Deol’s passion for a better India.

“What struck me about Sunny Deol is his humility and deep passion for a better India. Happy to have met him today. We are all rooting for his victory in Gurdaspur!” “We both agree - Hindustan zindabad tha, hai aur rahega,” the Prime Minister had tweeted.

Gurdaspur parliamentary constituency was earlier represented by actor Vinod Khanna who won from here four times - 1998, 1999, 2004 and 2014 - on a BJP ticket.

“Sunny Deol is a ‘filmi fauji,’ while I am a ‘real fauji.’ Captain Amarinder Singh had said in Gurdaspur on Friday.

The actor held his first roadshow in Rajasthan’s Barmer on Saturday.