The state election office has also received reports of violence from Jemua and Barabani areas of Bardhaman East constituency, he maintained. 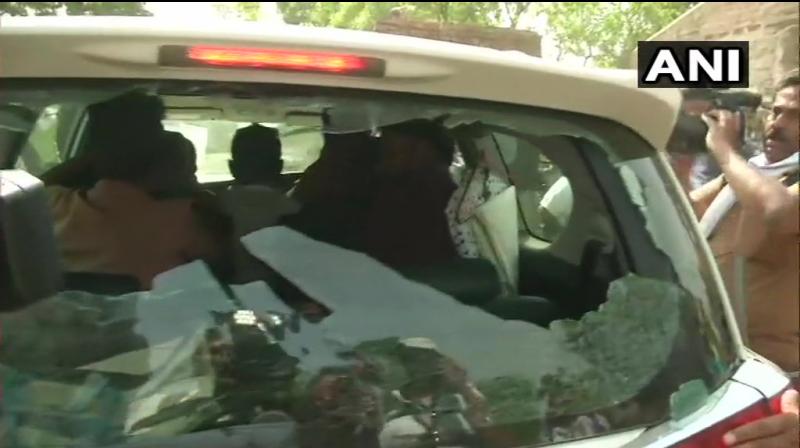 According to reports, Supriyo had a tiff with polling officials inside a booth, following which TMC supporters attacked his vehicle. (Photo: Twitter/ ANI)

Kolkata: Violence marred the first few hours of polling in West Bengal, where the fourth phase of elections is underway in eight Lok Sabha constituencies.

According to a senior election official, clashes broke out between the supporters of rival parties in Nanoor, Rampurhat, Nalhati and Siuri areas of Birbhum seat, injuring several people on the two sides.

In Dubrajpur area of the constituency, voters allegedly engaged in a scuffle with the central forces when they were barred from entering the booths with mobile phones.

Security personnel reportedly opened fire in the air to control the mob, following which polling was stalled in the booths, the official said.

The state election office has also received reports of violence from Jemua and Barabani areas of Bardhaman East constituency, he maintained. "In Barabani, BJP candidate and central minister Babul Supriyo's vehicle was vandalised allegedly by TMC workers outside a polling station, while in Jemua, voters fled from a polling station after being threatened by miscreants," he told PTI.

According to reports, Supriyo had a tiff with polling officials inside a booth, following which TMC supporters attacked his vehicle. "Polling was peaceful in the first two hours. However, news of clashes started surfacing thereafter. We have sought reports from each of these places. Our officials are monitoring the situation and taking proper measures to conduct the election in a free and fair manner," he said.

In Birbhum constituency, the Election Commission has show-caused BJP candidate Dudh Kumar Mondal after he was seen talking over a mobile phone inside a polling booth, just before casting his ballot, the official said, adding that the presiding officer of the station has been removed.

Notably, the poll panel has put TMC's Birbhum president Anubrata Mondal under scanner after poll workers complained that they feel "threatened" by his presence.

A total of 1,34,56,491 electorate is set to decide the fate of 68 candidates Monday in the eight constituencies -- Baharampur, Krishnanagar, Ranaghat (SC), Burdwan East (SC), Burdwan-Durgapur, Asansol, Bolpur (SC) and Birbhum.

The EC has deployed 580 companies of central forces to man over 98 per cent of the polling booths in these constituencies to ensure free and fair polling.