First-time voters should be wary of 'mission mahamilavat': Modi 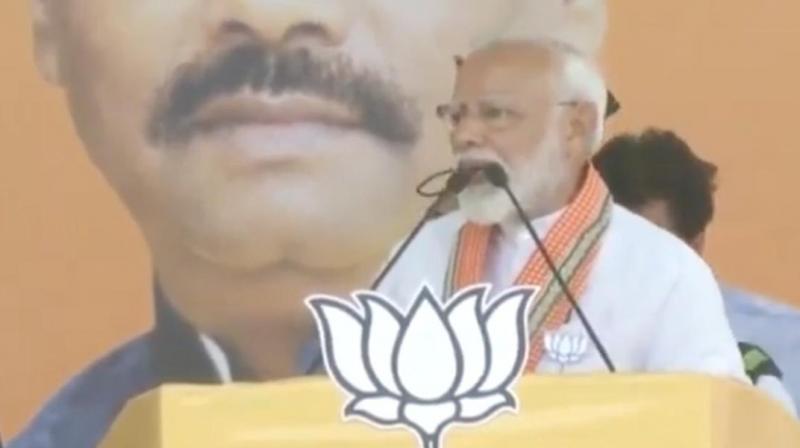 Taking potshots at the 'mahagathbandhan' (grand alliance) and its leaders, Modi said they owe allegiance to nobody, and are only interested in votes. (Photo: BJP | Twitter)

Koderma: Prime Minister Narendra Modi on Monday cautioned first-time voters against the 'mission mahamilavat', asserting that the opposition's grand alliance does not want a government with absolute majority.

Addressing an election rally here, Modi also slammed the Congress, alleging that the party wants a weak government which it can "remote control".

"The 'mission mahamilavat' is not in favour of a government with absolute majority at any cost. I want to caution all the first-time voters about their intentions," the Prime Minister said.

Taking potshots at the 'mahagathbandhan' (grand alliance) and its leaders, Modi said they owe allegiance to nobody, and are only interested in votes.

"They are just not interested in the development of those areas where they do not see their votebank," he alleged.

Meanwhile, the first phase of polling is underway in Jharkhand. An estimated 20.87 per cent of the 45.26 lakh electorate cast their votes till 11 am on Monday in three Lok Sabha constituencies of the state.