Except for Mumbai South which had a marginal dip in its electorate, all other constituencies in Mumbai recorded a surge in the turnout. 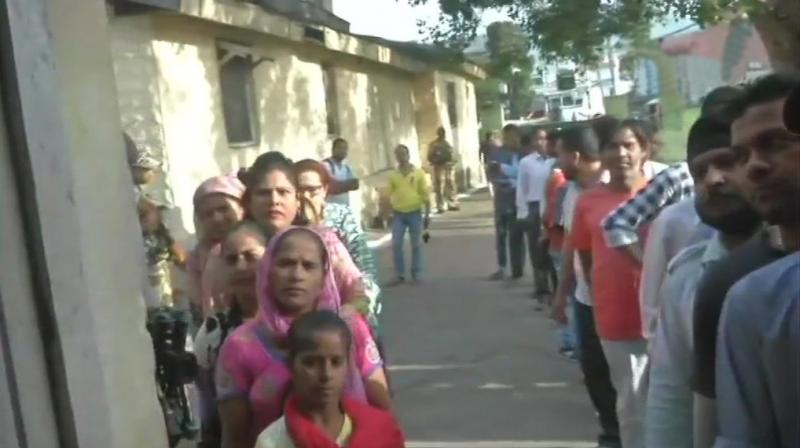 Elections, which were held in four phases, concluded in Maharashtra on April 29. The voter turnout in Maharashtra was 60.7%. (Photo: Representational purpose only)

Mumbai: The country's financial capital Mumbai robustly voted for six seats in the fourth phase of the general election on Monday, registering a 55.1% voter turnout which is the highest in three decades.

However, this is nowhere close the aggregate turnout registered in the fourth phase which stood at 63%.

Except for Mumbai South which had a very marginal dip in its electorate, all other five constituencies in Mumbai recorded a surge in the voter turnout.

Constituencies around Mumbai also improved on their poll percentage with 64.09% and 44.27% of voters casting their votes in Palghar and Kalyan respectively. Thane’s voter turnout stood at 49.95% taking a 2% dip from 2014.

Elections, which were held in four phases, concluded in Maharashtra on April 29. The voter turnout in Maharashtra was 60.7% which is a marginal increase from the previous tally of 60.3% in 2014.

Aurangabad recorded 62% voter turnout, a 10% increase from the previous election. In 2014, Nashik had registered 58.8% turnout which lowered to 55.6% in this election.

The polls were held for 72 constituencies across 9 states in the fourth phase. Barring Jammu and Kashmir, Odisha and West Bengal, all other states improved their electorate tally.