The Congress president reiterated his poll promise of NYAY. 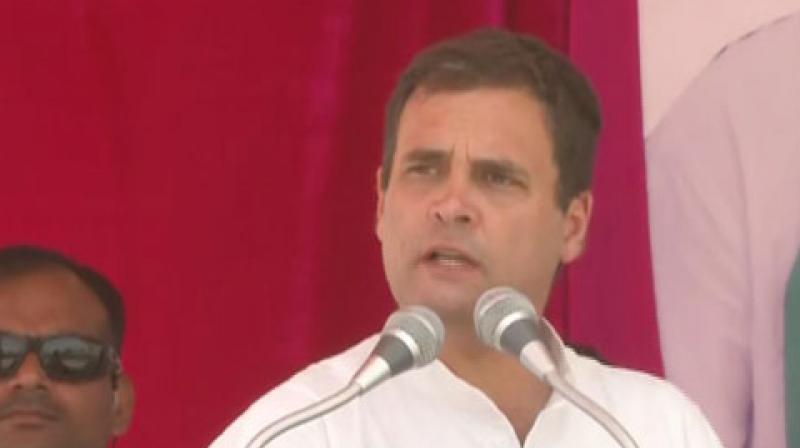 Dholpur: Congress president Rahul Gandhi on Monday said that the his party will provide 22 lakh government jobs to people if voted to power following the ongoing elections.

"I do not promise 2 crore jobs from this stage. I talked about NYAY and lakhs of people would get employed. When we form the government, I can guarantee that Congress will give 22 lakh government jobs," Gandhi said while addressing a poll rally here.

"I will not say 2 crore jobs, will speak the truth of 22 lakh jobs. In 10 lakh Panchayats,  youths can be employed," he said.

Speaking further, Gandhi said: "Through demonetisation, he (Narendra Modi) took money from your pockets and he rolled out Gabbar Singh Tax and took you’re your remaining money as well.

"People stopped purchasing and as a result companies were forced to shut down that led to unemployment," he added.

The Congress president reiterated his poll promise of NYAY in which the party will give Rs 72,000 to 20 per cent of poor whose income is under Rs 12,000 if voted to power.

"NYAY scheme money will into the bank accounts of 5 crore women. Two separate India will not be created here. If Narendra Modi can deposit crore of money in bank accounts of Nirav Modi, Mehul Choksi then Congress will deposit money in 5 crore people," he said.

Speaking further about his party's vision, Gandhi said: "Our government will spend crores of rupees on education, health. Your children will get a better education because this is your money, not Anil Ambani, Mehul Choksi."