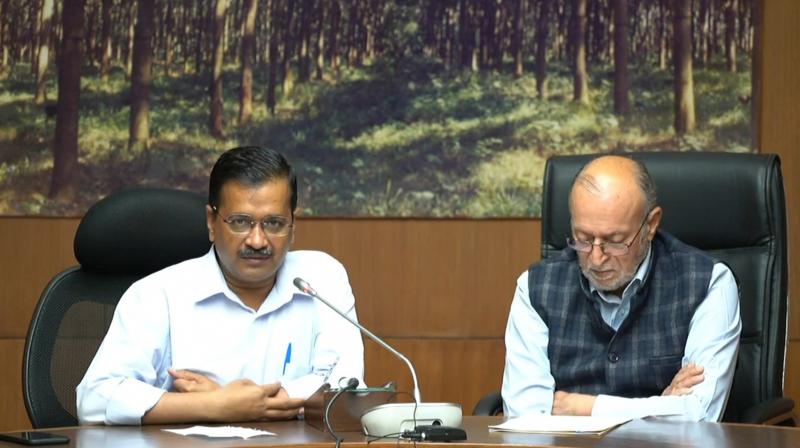 NEW DELHI: Even as a vicious second wave of Coronavirus batters Delhi, the Centre has notified a law that gives it more power over the city's elected government. According to the amended law, the "Government of Delhi" now means the "Lieutenant Governor of Delhi", who represents and will directly report to the Centre.

The new Act makes Delhi's elected government virtually toothless and hands over sweeping powers to Lieutenant-Governor Anil Baijal who now controls nearly 80 departments and can even stall a Bill enacted by the Assembly, officials said.

After the Government of National Capital Territory of Delhi (Amendment) Act, 2021, was notified on Tuesday night, the L-G is the one running the national capital, officials explained while assessing the import of the Act coming into effect.

The Act, passed by Parliament last month, came into force on April 27, Tuesday, the ministry of home affairs said in an order. Under the new law, "government" now means the LG, officials said.

The Delhi government will have to take permission from the LG before taking any action on subjects that had so far been under its control. These include anti-corruption, education, health, social welfare, tourism, central jail, excise, some colleges as well as hospitals and transport.

The L-G can also pass directions to officials directly without consulting the city government while elected representatives will have to take the L-G’s consent for the implementation of any of its orders as well as transfers, officials explained.

According to officials, Delhi is a Union Territory with a legislature like Jammu and Kashmir and Puducherry but does not have powers similar to them.

Three key subjects in Delhi -- public order, police and land — were already with the Central government. But now no law passed by the Delhi Assembly — from the state list or concurrent list —  shall come into force until the L-G gives his assent.

"Any of the rules made in contravention of this proviso, before the commencement of the Government of National Capital Territory of Delhi (Amendment) Act, 2021, shall be void," states the new Act.

The Centre has been maintaining the Act is in line with the Supreme Court's July 2018 ruling on the ambit of powers of the Lieutenant-Governor and the Delhi government after a series of run-ins between the two.

Union minister of state for home G. Kishan Reddy had said in Parliament that Delhi is not a full-fledged state and does not have full power.

"The said Bill will promote harmonious relations between the legislature and the executive, and further define the responsibilities of the elected government and the L-G, in line with the constitutional scheme of governance of the National Capital Territory of Delhi, as interpreted by the Supreme Court," the statement of objects of the Bill had said.

In June 2018, chief minister Arvind Kejriwal and his Cabinet ministers had staged a sit-in at the Lieutenant-Governor’s office as a power tussle between the then lieutenant governor and the AAP government had intensified. The Supreme Court had in July 2018 ruled that the Lieutenant-Governor cannot interfere in every decision of the Delhi government and that he must act on aid and advice of the Council of Ministers.