The coalition government in the southern state has been fragile since its inception with reports of its collapse surfacing every now and then. 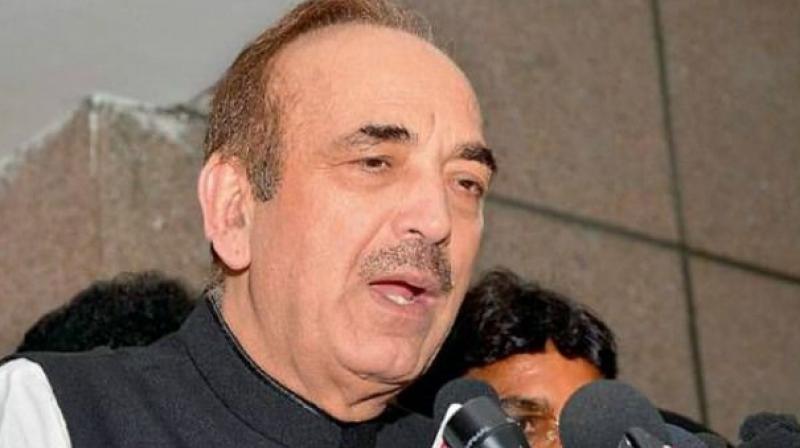 New Delhi: Amid reports of a rift between ruling coalition partners Congress and Janata Dal (Secular) in Karnataka, top Congress leader Ghulam Nabi Azad and AICC general secretary in-charge of the state K.C. Venugopal are rushing to Bengaluru to sort things out.

Voices of dissent are gaining ground within the Congress as two of its MLAs met former Karnataka chief minister S.M. Krishna at his Bengaluru residence on Sunday.

The coalition government in the southern state has been fragile since its inception with reports of its collapse surfacing every now and then.

Following the drubbing of the Congress-JD(S) combine in the just-concluded Lok Sabha election, where the two parties managed to win only one seat each in Karnataka, a senior Congress leader has claimed that the state government will collapse after June 10.

Of the 28 Lok Sabha seats in Karnataka, the BJP bagged 25 and an Independent candidate won one. Two Congress MLAs — Ramesh Jarkiholi and Sudhakar — met BJP leaders at Mr Krishna’s residence, though they later claimed that their visit was not political.

Sources said Mr Azad and Mr Venugopal, two central leaders of the Congress, were going to Karnataka to placate the disgruntled state leaders, amid reports that the state unit of the party has convened a meeting of the Congress Legislature Party on May 29.

Mr Azad and Mr Venugopal are likely to hold discussions with the top leaders of the party in the state in order to sort things out.

The BJP, with 105 members, is the single-largest party in the 225-member Karnataka Assembly. The ruling coalition has 117 members — 79 of the Congress, 37 of the JD(S) and one of the Bahujan Samaj Party (BSP).