‘The protest is against violence on TMC leaders who have been rendered homeless because of it,’ a TMC leader said. 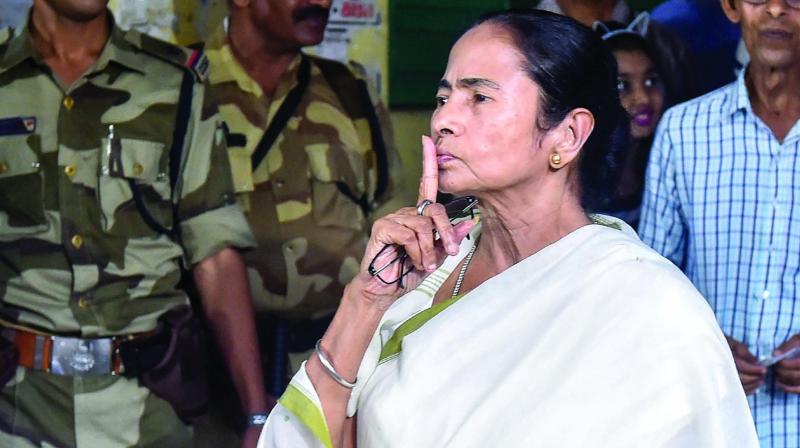 Kolkata: West Bengal chief minister Mamata Banerjee will join the Trinamool Congress (TMC) workers protesting outside Naihati Municipal Corporation against the violence in the state during the Lok Sabha polls that have allegedly rendered many TMC workers homeless.

A TMC leader said, "Mamata Banerjee will join TMC protest tomorrow outside Naihati Municipal Corporation from 1 pm onwards. The protest is against violence on TMC leaders who have been rendered homeless because of it."

Earlier on Wednesday, Banerjee declined to attend the swearing-in ceremony of Prime Minister Narendra Modi on Thursday objecting to the families of BJP workers, allegedly killed in political violence in the state, being invited to the function.