India   Politics  29 May 2019  No Modi-Imran meeting at SCO due to terror hurdle
India, Politics

No Modi-Imran meeting at SCO due to terror hurdle

Modi had also referred to India’s “Neighbourhood First” policy and reiterated that the two countries should fight poverty jointly. 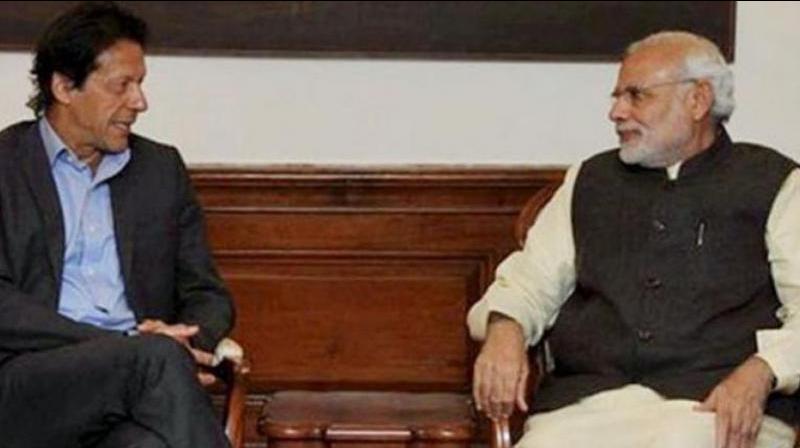 Reiterating his “vision for peace, progress and prosperity in South Asia”, the Pakistan PM also said he looked forward to working with Mr Modi to advance these objectives. (Photo: File)

New Delhi: India will persist with its policy of not having talks with Pakistan unless it stops cross-border terrorism, and no decision has been taken as yet on any separate bilateral meeting between Prime Minister Narendra Modi and Pakistan PM Imran Khan on the sidelines of the Shanghai Cooperation Organisation (SCO) summit that will take place at Bishkek, Kyrgyzstan, on June 13-14. It is, however, a distinct possibility that the two leaders, besides exchanging pleasantries when they meet at the summit, may also hold an informal meeting on the summit’s sidelines.

As already reported in this newspaper, the Pakistan PM has not been invited for the swearing-in ceremony of Mr Modi for his second term on May 30.

India had on Monday invited the leaders of the Bay of Bengal Initiative for Multi-Sectoral Technical and Economic Cooperation (Bimstec), that comprises — apart from India — Bangladesh, Bhutan, Myanmar, Nepal, Sri Lanka, and Thailand, for the swearing-in. Besides the leaders of these countries, the leaders of Kyrgyzstan (the current SCO chair) and Mauritius (the PM), who was chief guest at this year’s Pravasi Bhartiya Divas, have also been invited. Pakistan is not a member of Bimstec.

During a telephone call from Pakistan PM Imran Khan on Sunday, Mr Modi had raised the issue of terrorism and told him that it was important to “create trust and an environment free of violence and terrorism for fostering cooperation for peace, progress and prosperity in our region”. Mr Modi had also referred to India’s “Neighbourhood First” policy and reiterated that the two countries should fight poverty jointly.

According to the Pakistan Foreign Office on Sunday, Mr Khan expressed his “desire for both countries to work together for betterment of their peoples”. Reiterating his “vision for peace, progress and prosperity in South Asia”, the Pakistan PM also said he looked forward to working with Mr Modi to advance these objectives.

Mr Modi’s emphasis on the terror issue is a clear signal that before moving towards any normality in ties, India expects Pakistan to take action against all the terrorists operating from its soil or territory controlled by it. India and Pakistan came to the brink of war in late February this year after the Pulwama terror attack when India launched airstrikes against a Jaish-e-Mohammed camp, after which Pakistan had retaliated, leading to a dogfight between the two Air Forces.