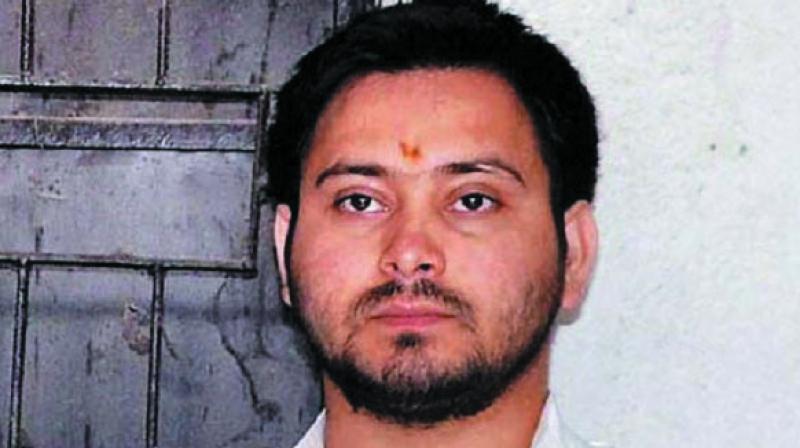 Patna: Amid rumblings in the grand alliance, the RJD on Tuesday decided to constitute a committee to assess the recently-concluded Lok Sabha poll results. The decision was taken during the party’s meeting which was chaired by RJD leader Tejashwi Yadav at his residence.

Speaking on the issue, senior RJD leader Jagdanand Singh said, “Our party has decided to analyse the poll results at the micro level by constituting a committee.” Mr Singh also dismissed reports of internal conflict in the party. “Tejashwi Yadav will continue to lead the RJD in the absence of Lalu Yadav. He worked hard during the elections, but the poll results raise our doubts.”

The statement comes at a time when RJD leaders were raising their voice against the leadership after the party’s humiliating defeat in the recently-concluded Lok Sabha polls. On Monday, RJD MLA Maheshwar Yadav had demanded Tejashwi’s resignation as the Leader of the Opposition in the Bihar Assembly on moral grounds.

“Tejashwi should resign as the Leader of the Opposition on moral grounds after the party’s humiliating defeat in the Lok Sabha elections,” RJD MLA Maheshwar Yadav had said.

The NDA, comprising the BJP, JD(U) and LJP, had won 39 out of 40 seats. The Congress managed to win only the Kishanganj seat, while the RJD, HAM, RLSP and VIP couldn’t win even a single seat in the Lok Sabha polls.

When asked whether the party suffered due to the conflict between Lalu Yad-av’s sons — Tejashwi and Tej Pratap, Jagdanand Singh said, “The matter was not discussed during the meeting.”

Political analysts claim that the conflict between Tejashwi and Tej Pratap had created confusion among the voters which could be one of the reasons behind the party’s poor performance.