The chargesheet against Khan was prepared on December 30 last year, 13 days after CM Ashok Gehlot's government came into power in Rajasthan. 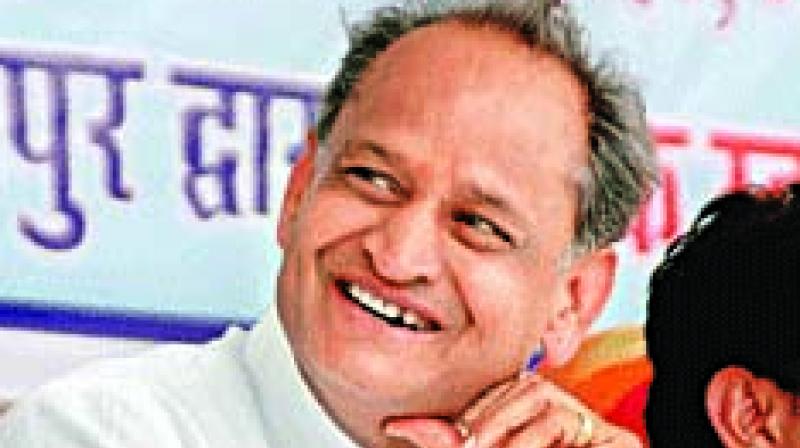 Rajasthan Chief Minister Ashok Gehlot on Saturday said investigation into the matter was carried out during the tenure of the erstwhile BJP government, adding that the case will be re-investigated if any discrepancies are found. (Photo: File)

Jaipur: A day after Pehlu Khan, who was lynched to death in 2017, was chargesheeted for smuggling cattle, Rajasthan Chief Minister Ashok Gehlot on Saturday said investigation into the matter was carried out during the tenure of the erstwhile BJP government, adding that the case will be re-investigated if any discrepancies are found.

"Congress party has always condemned the killing of Pehlu Khan. Those who had killed him and broke the law must be punished. An investigation into the case was conducted in the past during the BJP government's tenure and chargesheet was presented. If any discrepancies are found in the investigation, the case will be re-investigated," Gehlot told media here.

Rajasthan Police had filed a charge sheet for cow smuggling against Khan, who was allegedly lynched in 2017 by a mob of "gau rakshaks" in Alwar for transporting cattle, and his two sons.

The Chief Minister assured that the accused will not be spared.

"Accused must be taught a lesson so that no one commits such crime in the future," Gehlot added.

The police chargesheeted Khan and his sons -- Irsad (25) and Arif (22) -- under various sections of Rajasthan Bovine Animal (Prohibition of Slaughter and Regulation of Temporary Migration or Export) Act, 1995.

The chargesheet against Khan was prepared on December 30 last year, 13 days after Chief Minister Ashok Gehlot's government came into power in Rajasthan.

Section 5 of the RBA Act pertains to the prohibition of the export of bovine animals for the purpose of slaughter, while section 6 states that the transporter is also an abettor and is liable for the same punishment as the person committing the offence.

Meanwhile, Section 8 relates to the penalty imposed for such offences, while Section 9 mentions punishment for causing hurt to a bovine animal.

There were two FIRs registered in the case. One was against the mob for beating Khan to death and second against him and his family for transporting cattle (cow) illegally out of the state.

In 2018, the previous BJP government in the state had filed a similar chargesheet against two associates of Khan, who were also attacked by the mob.

The police had earlier given a clean chit to the six people accused of lynching Khan. The decision was based on statements of the staff of a cow shelter and mobile phone records.

55-year-old Khan, a native of Nuh in Haryana and a dairy farmer, was allegedly beaten up by self-styled cow vigilantes near Behror in Rajasthan on the Delhi-Alwar highway on April 1, accusing him of smuggling cattle. He succumbed to his injuries at a private hospital on April 3.