He asked the party workers to be united and contribute to the party on the individual level. 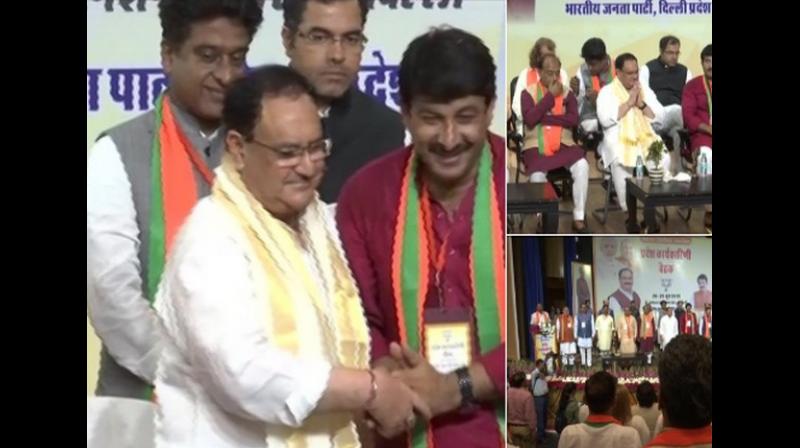 "The BJP in Delhi is working tirelessly and the senior party workers have adopted 600 villages for their welfare. The party members have also spent 21 nights in the slums to know about their problems on the ground level. After winning 12,000 out of 13,000 booths in the 2019 General Lok Sabha elections, the BJP will make government in Delhi also," he said at the inaugural session of the State BJP Working Committee in Delhi on Saturday.

He asked the party workers to be united and contribute to the party on the individual level. Also to internally examine as what they have contributed to the party and produced for the party.

Nadda also highlighted the initiatives taken by the BJP in the past few years. He said, "The Ujjawala scheme has given connections to 8 crore people today when there was no electricity in 18 thousand villages. This is the new India and everywhere people are supporting PM."

"Everyone talks about the farmers but the BJP brought the PM Kisan Samman Nidhi Yojna. This is the biggest health scheme in the world. This scheme is benefiting around 16 lakh people including auto drivers and peddlers,” he added.

He asked the party workers to think about the party first, then themselves and working towards growing the party stronger at the ground level in order to win in the capital.