The MNM founder, while pitching for stronger gram sabhas, said similar meetings should be held in all wards of cities. 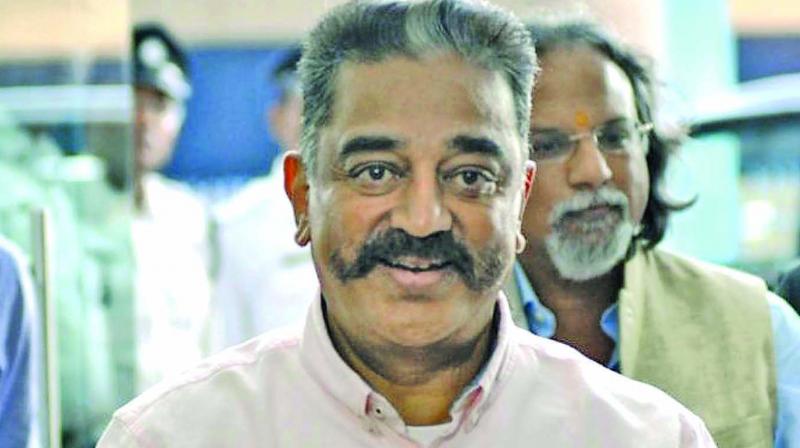 Chennai: Makkal Needhi Maiam (MNM) President Kamal Haasan on Friday voiced concern over the safety of the country's proposed first Away From Reactor (AFR) facility of the Kudankulam Nuclear Power Plant, saying never in history have governments spoken the truth about atomic equipment.

Terming the 'away' term in the AFR as vague, he demanded a definition on it from the government, saying "Even five feet can be away. This is a layman's question, I accept. But still it has to be defined," he said.

"As far as atomic equipment are concerned, never in history have governments spoken the truth. They should at least do it now," he told reporters at the party office here, citing the Fukushima disaster as an example.

The actor-politician alleged that people of Tamil Nadu, who are opposed to the KNPP, have been at the receiving end of the Centre's "arrogance."

They are now fighting against waste, which he alleged, was dumped from the plant.

"This shows their (Centre's) arrogance to implement what they want," Haasan said.

Claiming that there has been no Research and Development on radioactive disasters, he said "Any technology without safety can be dangerous. We are scared about it."

The MNM founder, while pitching for stronger gram sabhas, said similar meetings should be held in all wards of cities.

"If all villages voice their demands in unison, there are ways to get a good government. This is a long time dream since the Gandhi era...," he said.

The party president participated in the grama sabhas of 72 villages through video conference.