Delhi government and MCD are keeping a tab on the COVID-19 daily situation, he said 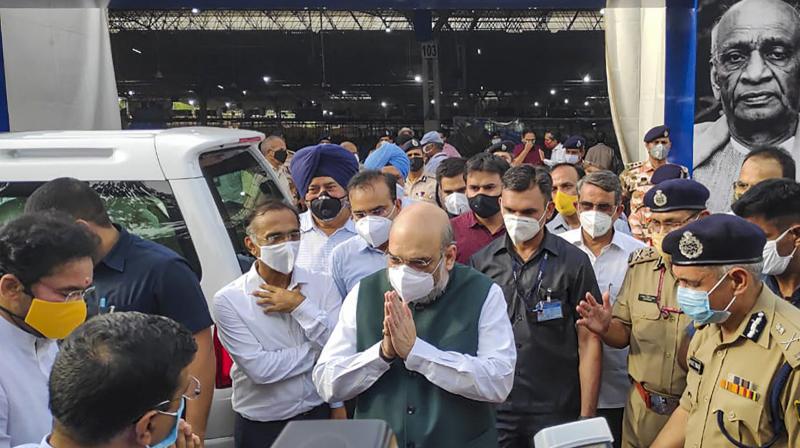 Mr Shah also said that one crore 20 lakh guest workers have reached their native places till now, who were rendered jobless due to the nation-wide lockdown and many states are now working to create employment opportunities for these guest workers within the respective state.

In an interview to a news agency, Mr Shah said the coordination team of the Union government, Delhi government and MCD are keeping a tab on the COVID-19 daily situation and Prime Minister Narendra Modi is also updated by him on the issue on a daily basis. Mr Shah said by June 30 every house in containment zones will be inspected by health officials for COVID-19 systems and by July 31, house to house inspection of the entire city will be completed. Mr Shah also said that by June 30, there will be 30,000 COVID-19  beds available and till June 25, daily testing reached at around 16,000 per day which is going to further increase to check the virus spread.

“In second week of this month, Manish Sisodia had made a remark that by July 31, Delhi will have 5.5 lakh coronavirus cases and that it will be bad situation in Delhi…I don’t want to get into it but after this remark and a suggestion by the PM to take an initiative, we decided to hold a coordination meeting on June 14 of the Union government, Delhi government and the MCD…the Centre is not interfering but coordination with others in this matter…the decision of inspection of all houses in containment zones and house to house inspection were taken after suggestions given to us during the coordination meetings, including by experts,” said Mr Shah.

He also said that rates of isolation beds, ICU treatment have been brought down and a committee to doctors have been set up after many complaints were received regarding arbitrary charges by private hospitals for treatment.

When asked about the plight faced by guest workers, Mr Shah said both him and the PM spoke to all chief ministers to ask them to provide food and other facilities for guest workers and around 2.5 crore guest workers were provided food by state governments and through NDRF, 11,000 crore were transferred to the states after the PM’s direction for guest workers.

“Around 63 lakh guest workers have travelled long distance through Shramik trains and 42 lakhs have reached their homes in nearby states through buses…many states like UP, Bihar, Odisha, Jharkhand, made facilities like quarantine centres for these guest workers…provided them with food kit and some amount…this is a temporary situation and when condition improves, many will want to return to states where they were working, some might want to stay at home and work and many states are making arrangements in this regard,” said Mr Shah.