He also said it was the BJP leader, late Brahma Dutt Dwiwedi who had saved Mayawati’s life during the infamous state guest house incident. 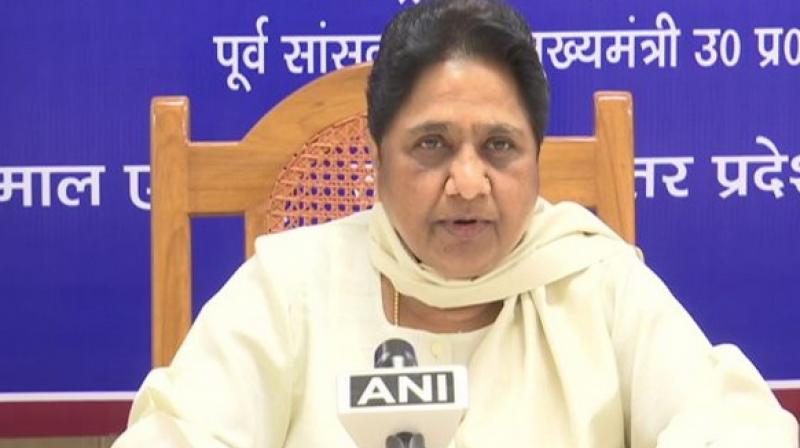 Agra: Uttar Pradesh Minister Giriraj Singh Dharmesh on Thursday compared Bahujan Samaj Party (BSP) president Mayawati to a “naked” live wire and said whosoever touches her either dies or is destroyed. He has called her “untrustworthy” who betrays others after reaping maximum benefit.

“Mayawati is like a naked electric wire. Anyone who touches her will die,” Giriraj Singh was quoted by news agency IANS.

The Minister of State for Social Welfare and SC/ST Welfare, who represents the Agra cantonment seat in the Assembly, said: “Mayawati is not trustworthy and has betrayed everyone.

“She used the Samajwadi Party, increased her party’s strength during Lok Sabha to 10 and then ditched that party,” he added.

He also said it was the BJP leader, late Brahma Dutt Dwiwedi who had saved Mayawati’s life during the infamous state guest house incident. The BJP leader had also helped her become the chief minister on three occasions.

Dharmesh, a doctor by profession, had joined the Bharatiya Janata Party in 1994 and won his first election in 2017.