The election has once again divided the party into two camps, one supporting Mahanta and the other with Bora 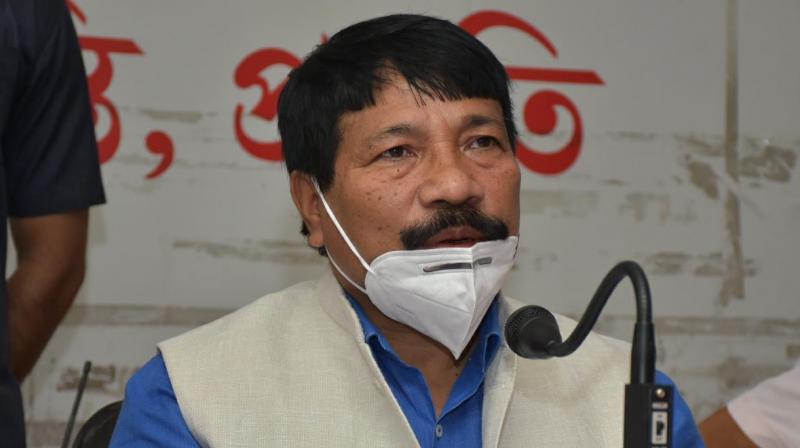 Guwahati: In what has widened the division in the regional Asom Gana Parishad (AGP), a general council meeting of the party re-elected Atula Bora as president and Keshab Mahanta as working president, side-lining and isolating the two-time-chief minister and founder president Prafulla Kumar Mahanta from party affairs.

The election was held even after a district and sessions court on Wednesday had ordered AGP not to hold its scheduled general body meeting because it violated the party’s constitution and COVID-19 guidelines.

The AGP ‘election officer’ Phani Bhusan Choudhury, who is also the state food, civil supplies and consumer affairs minister, announced that the general body of the regional party has re-elected Atul Bora as its president unopposed.

Though Mahanta was tight-lipped about the developments, the unilateral election has once again divided the party into two camps, one supporting former chief minister Prafulla Kumar Mahanta and the other with Bora who is also the agriculture minister in the BJP led alliance government.

About the court order AGP general secretary Kamalakanta Kalita said, “We received the order at 12:45 pm, while our session ended at 11:45 am. We have requested senior advocate Bijon Mahajan to look into the legal aspect of the order.”

It is significant that regional AGP has gone through several splits since its inception and political observers did not rule out another split in the AGP in the run-up to the 2021 assembly polls.

Asserting that party was ignoring the sentiment of grassroots workers, sources in the regional party admitted that a large section of party workers and supporters are of the view that AGP should come out of ruling alliance as BJP has enforced amendment in the citizenship act granting citizenship to non-Muslim migrants from Bangladesh, Afghanistan and Pakistan.

It is significant that regional forces in Assam have joined hands, people are once again taking to the streets of Assam to protest against the Citizenship Amendment Act (CAA). Several organisations have staged anti-CAA protests in different parts of the state in the past two weeks. The Asom Jatiyatabadi Yuba Chatra Parishad (AJYCP) protested against the CAA while the youth students’ organisation organised a human chain programme in Biswanath district.

It is said that a large section of AGP supporters may join the platforms floated by ant-CAA camp which is contemplating forming a political party to contest 2021 assembly polls against BJP led coalition.