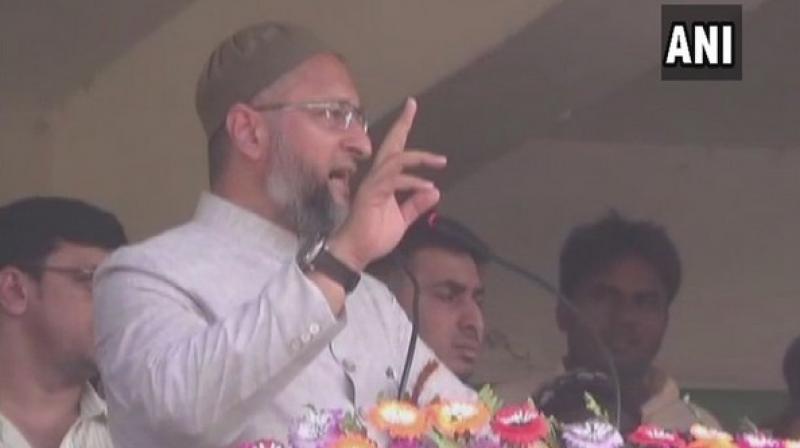 Referring to the Taliban takeover of Afghanistan, Owaisi demanded that the Centre clarify whether it would re-designate 100 Taliban leaders who have been labelled as terrorists by the United Nations. — ANI

Hyderabad: Scores of Congress and Nationalist Congress Party (NCP) activists in Maharashtra joined the AIMIM in the presence of party chief and Hyderabad MP Asaduddin here on Sunday.

Addressing the new entrants at the AIMIM headquarters Darussalam, Owaisi exuded confidence that the Majlis' flag will fly high in Maharashtra in the days to come.

Owaisi declared that AIMIM will contest all the upcoming municipal corporation polls in Maharashtra and register decent victories. Stating that the AIMIM had won two Assembly seats in Maharashtra in 2019, he vowed to strengthen the party and offered to campaign for the municipal polls.

Referring to the Taliban takeover of Afghanistan, Owaisi demanded that the Centre clarify whether it would re-designate 100 Taliban leaders who have been labelled as terrorists by the United Nations. He asked if the Taliban would be categorised as a terrorist organisation under the Unlawful Activities Prevention Act (UAPA).

He sought to know whether the Centre had any contingency plan to deal with the Afghan crisis and whether it was in touch with the Taliban at any level.

Owaisi condemned Gujarat Deputy Chief Minister Nitin Patel's controversial remarks claiming that laws and secularism would last only as long as Hindus are in a majority in the country, and that "courts, Lok Sabha, Constitution, secularism" will not remain if Hindus are reduced to a minority.

"India's Constitution guarantees secularism, equality and fundamental rights for everyone. The country runs on the basis of Constitution and is not based on population. He is only trying to incite communal tensions ignoring the fact that he holds a constitutional post," Owaisi said.