Congress communications chief Randeep Surjewala termed the speech as “much ado about nothing, it marked by arrogance, disdain and a lot of jumlas”. 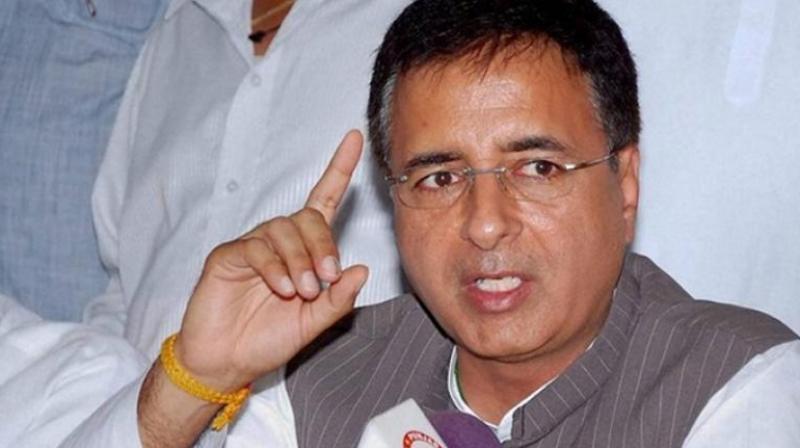 New Delhi: The Congress on Thursday launched a scathing attack on finance minister Arun Jaitley over his speech at a book launch where he defended the government’s position over the economic situation in the country. Congress communications chief Randeep Surjewala termed the speech as “much ado about nothing, it marked by arrogance, disdain and a lot of jumlas”.

The party is on the offensive, targeting Prime Minister Narendra Modi over the economic situation prevailing in the country. This comes especially after senior BJP leader and former finance minister Yashwant Sinha criticised the economic policies of the current government.

After finance minister Arun Jaitley, in his speech, hit out at Mr Sinha, the Congress rushed to Mr Sinha’s defence. The Congress termed the attack on Mr Sinha as “unacceptable in political life”. “All Mr Jaitley did was insult the former finance minister and senior BJP leader Yashwant Sinha by passing remarks that should be unacceptable in political life,” Mr Surjewala said.

The Congress again questioned Mr Jaitley about jobs, reminding the BJP that it had promised 2 crore jobs a year. “We would like to know from the Prime Minister and the finance minister about why exports are going down? Why is there rise in inflation and why has there been a downfall in growth in successive quarters?” Mr Surjewala added.