His appointment also makes him the second most powerful man in the party after Nitish Kumar. 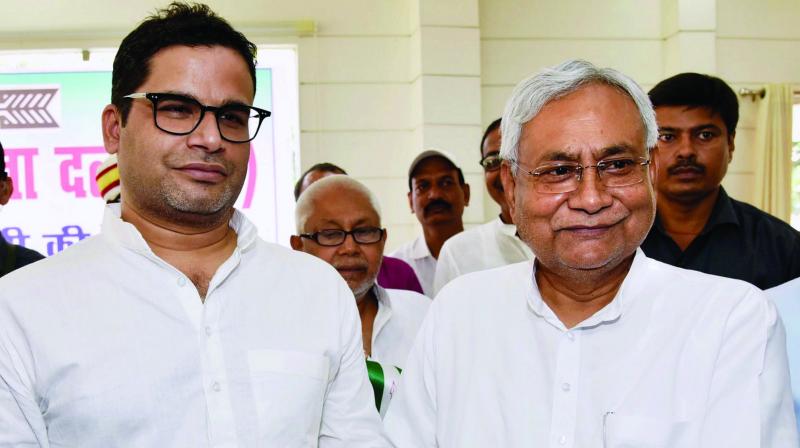 His appointment also makes him the second most powerful man in the party after Nitish Kumar.

Mr Kishor who has been credited with the massive victory of the grand secular alliance in 2015 Bihar Assembly elections had joined the ruling JD(U) in September this year.

After his appointment as the party’s national vice-president, Mr Kishor in a tweet said that he is “committed to Nitish Kumar’s ideology of social justice with development”.

He also recently ended all speculations by saying that he will not contest any elections for the next 10 years and concentrate on the development of the state.

“There is no intention to contest any elections for another 10 years. My sole intention is to work for the development of the state,” Mr Kishore said a week after he was appointed as JD(U) national vice-president.

Sources said that youths were asked to provide personal details, including their parliamentary and Assembly constituencies, Gram Panchayat, voter I card number and number of Facebook friends before being shortlisted for the meeting session which was organised at 7, Circular Road Nitish Kumar’s residence from where Mr Kishor has been operating after his appointment.

Political analysts see this as a unique way to motivate a maximum number of youths in the state ahead of 2019 general elections. Sources claimed that he has been planning to create at least one lakh active members, mostly youths from college before elections.

Besides holding an interactive session with youths last week, he has also asked JD(U) workers to rope in at least 7,000 new members within two months in order to strengthen party’s youth and student wing. A meeting to review the membership drive is likely to be held in December, a party worker who had attended the meeting said.

In a message through his Facebook Page, Mr Kishor has asked the youth wing of his party to propagate Nitish Kumar’s agenda under banners like “campus politics” and “Jago voters”.

Student leaders associated with the party have been asked to organise street plays, and debates to create awareness about the state government’s developmental schemes and their benefits.