This view finds support among the majority of the rural community in villages adjoining Kharar and Mohali. 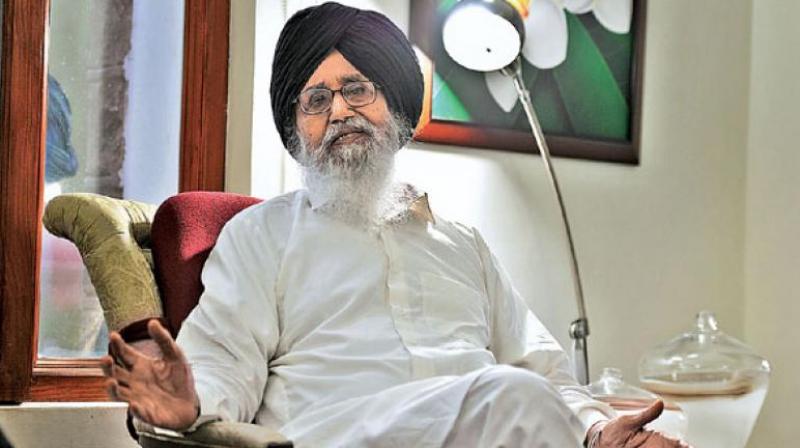 Kharar/Mohali: Punjab, which is headed for a keenly contested triangular contest for the first time in the upcoming Assembly polls, could spring some electoral surprises.

Even though the ruling Akali Dal-BJP coalition is facing stiff anti-incumbency after being in power for a decade, all may not have been lost for the Akalis, who are working overtime to ensure a split in the anti-incumbency vote in its traditional strongholds.

A quick tour of the rural belt of Kharar and Mohali on the outskirts of the state capital Chandigarh shows why specially the Akali Dal appears to be confident of doing well yet again in the state’s nearly 12,000 villages. Akali Dal largely depends on the “traditional and loyal vote base of the sizeable Jat Sikh votes”, which dominates Punjab’s rural landscape.

Both Punjab chief minister Prakash Singh Badal and deputy CM Sukhbir Badal have already reiterated on more that one occasion that they were hopeful that the Jat Sikhs would once again vote for the party.

This view finds support among the majority of the rural community in villages adjoining Kharar and Mohali. “There is no denying the fact that the Akalis have done a lot for the farming community across the state, and they still have loyal supporters among Jat Sikhs. During the Centre’s demonetisation drive, Badal saheb also convinced Centre to let co-operative banks in rural areas of Punjab to disburse loan to farmers. So these are all important factors,’’ said Roop Singh, a former panchayat member at Abhepur village in Kharar area.

However, Akali Dal insiders claim that the party is heavily banking on a split of votes between Congress and the AAP, the other two players in the triangular battle in the state. If the anti-Akali vote in rural areas splits between the two parties it would definitely help the ruling party. A senior Akali leader who is also contesting the elections said,“Our calculation is that even if 25 per cent of the anti-Akali vote is split between Congress and AAP then Akali candidates will win.”

This also explains why the Badals remain confident that they would be able to retain most of their vote-share and seats in the rural belt.

Thus, the Akalis have chalked out their electoral strategy keeping in mind this aspect splitting the anti-vote and have fanned out teams of dedicated party workers to each of the 94 Assembly seats it is contesting with special focus on villages. Another factor that could work in favour of Akali Dal is that it has a much more formidable party network in the rural belt as compared to Congress and new entrant AAP.

Tara Chand, a former school teacher at village Chahar Majra in rural Kharar was also of the opinion that the division of votes is bound to help the ruling Akalis.

“There is no doubt that in some rural areas of Punjab, there is strong anti-incumbency against Akali Dal. But, by default a triangular contest with Congress and AAP will surely help Akalis because the vote will get divided between the first two parties. The situation however would change only if either Congress or AAP is able to sweep and manages to get the majority vote share in a particular segment,’’ Tara Chand said.