On the demonetisation move of the Modi government, he accused the Centre of harassing the common people. 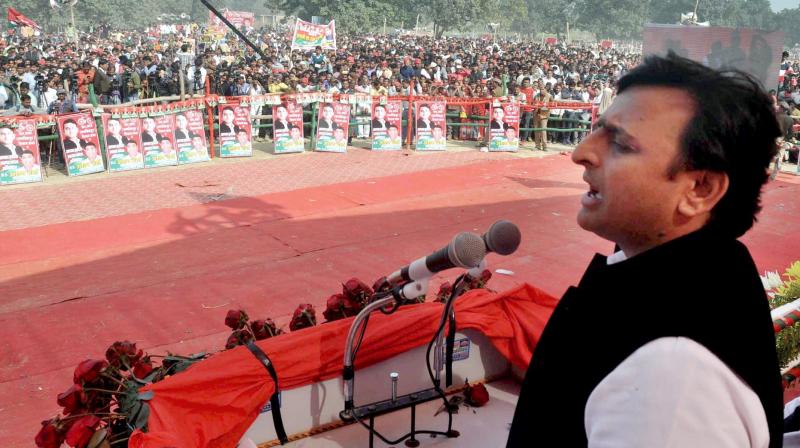 Etah: Samajwadi Party president and Uttar Pradesh Chief Minister Akhilesh Yadav on Monday alleged that the BJP has "copied" his party's poll's manifesto and accused the Modi government of "harassing" people by demonetisation.

Speaking about the alliance with Congress, he said, "Bicycle (SP's election symbol) had been strengthened by the cooperation of hand (Congress poll symbol)."

Addressing election rallies in Etah and Jaithra town Yadav alleged that BJP has "copied" his party's poll's manifesto and asked, "Where are the acche din (good days) and Rs 15 lakh in the bank account of people promised by BJP ahead of 2014 Assembly election."

"People can see that we have done a lot of progress in every sphere in the last five years... We started Samajwadi ambulance service. The dial 100 for emergency police service was introduced to curb crimes and provide safety to the people," Yadav said.

On the demonetisation move of the Modi government, he accused the Centre of harassing the common people.

"Poor people were harassed by forcing them to stand in long queues at banks, while the rich people did not face any problem at all," the Samajwadi Party leader alleged.