Forged alliance with SP because of Akhilesh's leadership, not Mulayam's: Cong

Earlier in the day, Mulayam shocked everyone by voicing his dissent to the newly forged alliance between SP and Congress. 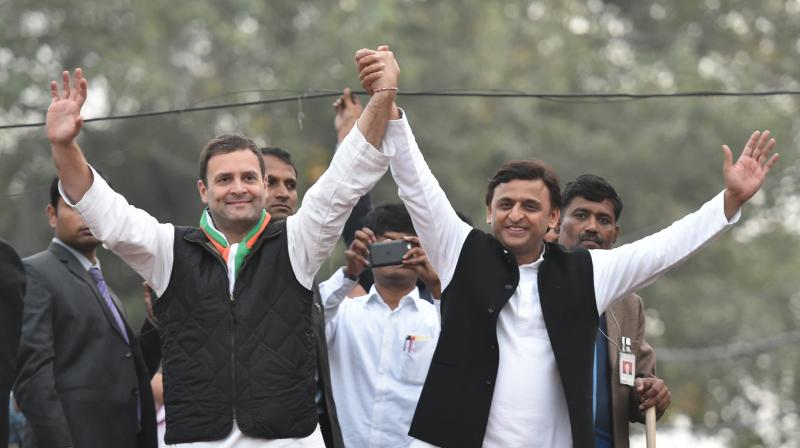 New Delhi: Trying to down play Samajwadi Party (SP) patriarch Mulayam Yadav's shocking condemnation of the newly forged SP-Congress alliance, the grand old party came out in support of his son and Uttar Pradesh Chief Minister Akhilesh Yadav, asserting that the alliance was primarily formed owing to Akhilesh's leadership and not Mulayam's.

"What he (Mulayam) said is entirely his personal opinion. We have formed a strategic alliance with their party and primarily with Akhilesh's leadership. If there happens to be an important leader who is not happy with the development it is their internal matter," Congress leader Sandeep Dikshit told ANI.

Further stating that the majority of voters and party members are with Akhilesh, Dikshit added that the alliance is panning out very well for everyone.

"Whether it is a matter of Hindu-Muslim relations or amongst other communities, or the matter of branding their detractors as Anti - nationals, in all matters BJP has played this venomous game and pitted one against another. How they tore the country in the Ram Janm Bhoomi episode is a well known fact which need not be reiterated."

In a press conference with Akhilesh Yadav on Sunday, Rahul had said "BSP government might have committed mistakes. I personally respect Mayawatiji. I respect Kanshi Ram also and there can be no comparison between Mayawati and BJP."

Earlier in the day, Mulayam ended up giving fodder to the opposition and shocking everyone by voicing his dissent to the newly forged alliance between Samajwadi Party and Congress.

Speaking exclusively to ANI, Mulayam expressed his displeasure over the pre-poll alliance and categorically stated that he is against it, adding that he would not campaign in the state.

"I am against the alliance formed between the Samajwadi Party and the Congress. I will never acknowledge this alliance. The Congress was in power for so long, but it did not do anything for the development of the country. I will not campaign in this election," he said.

Mulayam further blamed Uttar Pradesh Chief Minister Akhilesh Yadav for going against his wishes and jeopardising the chances of his own party members.