Don't use visit to ailing person to feed political opportunism: Parrikar to Rahul

This comes quickly after Rahul Gandhi, while addressing booth level workers in New Delhi after courtesy meeting with Manohar Parrikar. 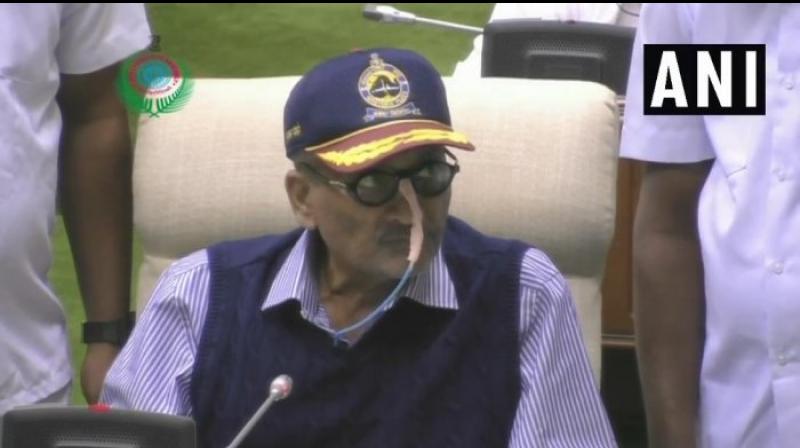 ‘In the 05 minutes you spent with me, neither did you mention anything about Rafale, not did we discuss anything about/related to it,’ Goa CM Manohar Parrikar wrote in the letter to Rahul Gandhi. (Photo: ANI | Twitter)

New Delhi: Ailing Goa Chief Minister Manohar Parrikar on Wednesday accused Congress president Rahul Gandhi of using his courtesy visit to him for "petty political gains", asserting that there was no mention of the Rafale issue in their five-minute meeting.

In a letter to Gandhi, Parrikar asked the Congress chief to put out the truth and not to use his visit to an ailing person to "feed political opportunism", BJP sources said.

His letter came a day after Gandhi targeted Prime Minister Narendra Modi over the Rafale deal, claiming that Parrikar, who is a former defence minister, had clearly stated that he has nothing to do with the 'new deal'.

"Friends, the ex-defence minister Parrikar clearly stated that he has nothing to do with the new deal that was orchestrated by PM Modi to benefit Anil Ambani," the Congress leader told booth-level party workers meeting in New Delhi.

His statement had come hours after he met Parrikar at the Goa assembly complex in Panaji.

In his letter to Gandhi, Parrikar said he feels "let down that you have used this visit for your petty political gains. In the 05 minutes you spent with me, neither did you mention anything about Rafale, not did we discuss anything about/related to it."