This comes after Shashi Tharoor’s controversial tweet on Monday regarding UP CM Adityanath’s holy dip in Sangam. 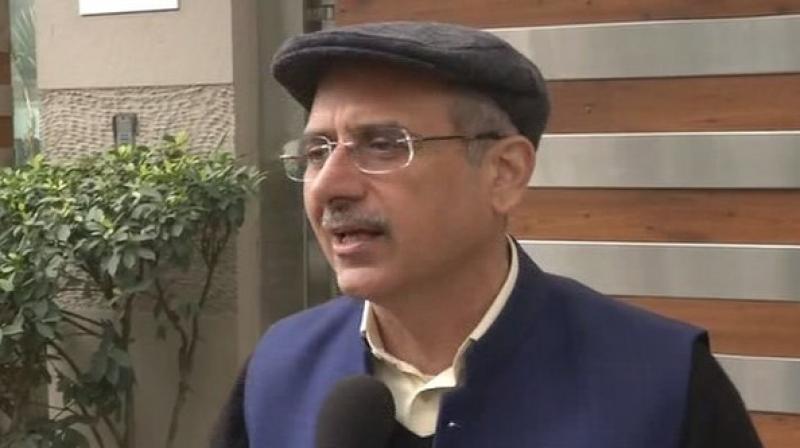 ‘An extremely educated and respected person like Tharoor always comes up with such kind of comments related to practices of the Hindu religion,’ BJP spokesperson Nalin Kohli said. (Photo: ANI)

New Delhi: Congress leader Shashi Tharoor has come under fire from the BJP for his “everyone is naked in this Sangam” jibe at Uttar Pradesh Chief Minister Yogi Adityanath’s holy dip in the Sangam at Prayagraj on Tuesday.

Speaking to ANI on Wednesday, BJP spokesman Nalin Kohli said such comments on Hindu practices by an educated person like Tharoor is very unfortunate.

"This is very unfortunate. An extremely educated and respected person like Tharoor always comes up with such kind of comments related to practices of the Hindu religion," Kohli said referring to the tweet posted by Tharoor yesterday.

The Congress MP from Thiruvananthapuram had posted on twitter, "Ganga bhi swachh rakhni hain, aur paap bhi yahi dhone hain. Iss Sangam mein sab nange hain. Jai Ganga Maiya ki!" (Ganga has to be kept clean and sins also have to be washed there. In this Sangam everyone is naked. Hail Goddess Ganga!).”

Venting his anger at Tharoor, Kohli further said, "One will never find his tweet related to beliefs and practices of Islam, Christianity or any other religion. Why does he do so? If somebody goes to Kumbh to take a holy bath in river Ganga, will they dress in a suit, tie etc? Yogi ji along with other ministers took a dip at Sangam Ghat on an auspicious day. Tharoor must show respect for other people too."

Kohli also pointed out that even Congress party president Rahul Gandhi is likely to visit Prayagraj soon to take the holy dip.