Is having Gaikwad as surname a crime, asks BJP MP

The surname Gaikwad has come into limelight due to the recent incident of Shiv Sena MP Ravindra Gaikwad assaulting an Air India staffer. 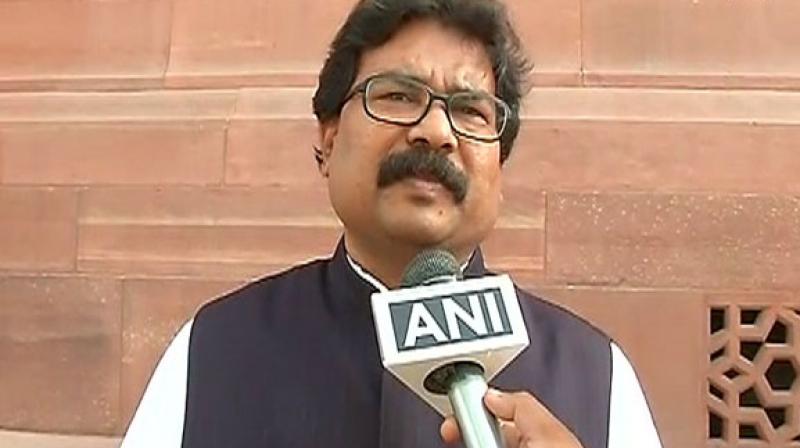 New Delhi: Expressing displeasure over being ill-treated at the airport for sharing the same surname as that of Shiv Sena MP Ravindra Gaikwad, Bharatiya Janata Party (BJP) MP Sunil Gaikwad on Thursday dubbed it as harassment and questioned if it was a crime to have Gaikwad as his last name.

"I was stopped at security points at the airport repeatedly because of my surname and because I am an MP," Sunil Gaikwad said.

The BJP MP told the kind of checking which was done, including pocket check and his wallet.

"I don't have problem with the enquiry, but with the behaviour due to me having Gaikwad as my surname is wrong. This is not a thing to complain about, but this is certainly harassment," he said.

Gaikwad further informed that he has apprised Minister of State (MoS) for Civil Aviation Jayant Sinha, who responded by assuring that he would look into the matter.

The surname Gaikwad has come into limelight due to the recent incident of Shiv Sena MP Ravindra Gaikwad assaulting an Air India staffer by beating him with his slipper.

Shiv Sena MP Anandrao Adsul on Wednesday moved a notice on his colleague Ravindra Gaikwad's issue in Lok Sabha, who was barred from travelling from any flight after he hit an Air India staffer with his slipper over an argument of sitting arrangement.

Sources said, Lok Sabha Speaker Sumitra Mahajan has sought details from all stakeholders in the case.

Earlier Gaikwad, submitted a complaint against Air India before the Delhi Police alleging that he was pushed and yelled on.

In his complaint, Gaikwad, who allegedly manhandled Air India staffer, said he was made to travel by Air India on economy class even as he had business class ticket.

The Shiv Sena is also likely to bring a privilege motion in the Parliament over the issue of Gaikwad being put in 'no fly list' of all airlines.

Air India and six private airlines banned the 56-year-old MP from flying as he refused to apologise for the incident that triggered nationwide outrage.