Uttar Pradesh cabinet minister Siddharth Nath Singh had asserted that the state government will only act against illegal slaughterhouses. 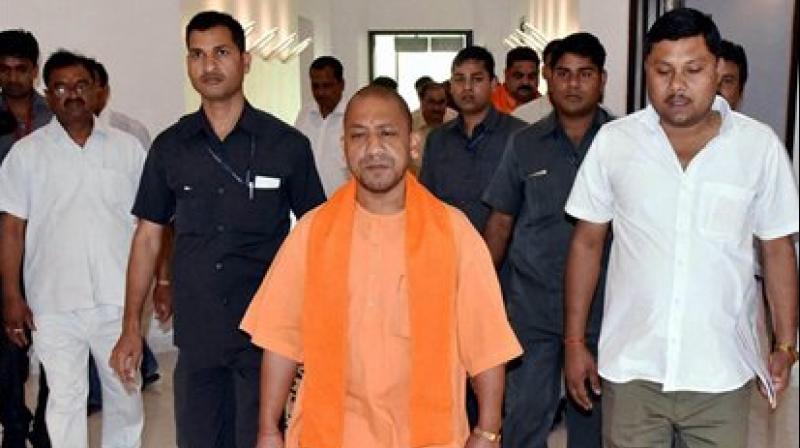 Lucknow: After meeting Uttar Pradesh Chief Minister Yogi Adityanath, the meat traders on Thursday extended their support to the state government's view in the matter and seconded the move of banning illegal slaughterhouses.

Cabinet minister Siddharth Nath Singh informed that the meat traders echoing similar sentiments said it was their duty to assure that nothing illegal flourished in the state.

"All delegates (meat traders) supported the Chief Minister and said as citizens of India it is their duty to see that nothing illegal is allowed," Singh told the media in Lucknow.

While appealing to the protesters to return to work, meat exporter Sirajuddin Qureshi said that their meeting with the Chief Minister was very successful.

"Our meeting with the UP Chief Minister was very successful. He assured us that licensed slaughterhouses will not be troubled," Qureshi said.

"I appeal to the protesters to return to work and start working with a proper licence, UP Government will help you procure one," he added.

Uttar Pradesh cabinet minister Siddharth Nath Singh on Monday had asserted that the state government will only act against slaughterhouses that are illegal.

"We have assembled here to give a clarification that it is an investigation only against the illegal slaughterhouses. Those who have licenses have nothing to fear. They should continue following regulations," Singh told media in Lucknow.

Singh further said it was also a message to the officers not to overstep their jurisdiction and the mandate given by the state government.

After coming to power, the Yogi Adityanath-led government has ordered the closure of illegal slaughterhouses and strict enforcement of the ban on cow smuggling to fulfill a key electoral promise.

Adityanath last week said abattoirs operating legally will not be touched but action will be taken against those being run illegally.