Sitaram Yechury not to seek re-election to Rajya Sabha

Yechury said he would not seek another term as the party's norm does not allow a leader to get elected to the Rajya Sabha more than twice. 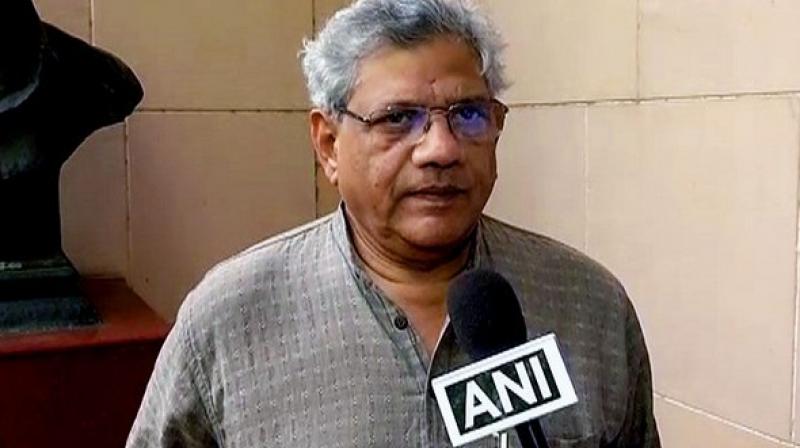 New Delhi: CPI(M) General Secretary Sitaram Yechury said on Sunday he would not seek re-election to the Rajya Sabha after his second consecutive term ends in August.

Yechury said he would not seek another term as the party's norm does not allow a leader to get elected to the Rajya Sabha more than twice.

"It is our party norm. So, I will not be contesting for a third term. As a party general secretary, I have to ensure that the norm is followed," he said.

According to sources in the Left party, the Congress had offered its support for the re-election of Yechury, considered as one of the effective orators from the Opposition benches in the Rajya Sabha, if the Marxist leader chooses to contest the poll from West Bengal.

Handed a drubbing by its arch rival Trinamool Congress in the 2016 Assembly polls in West Bengal, the CPI(M) has only 26 MLAs - not enough to send Yechury or any of its leaders to the Rajya Sabha on its own from the state.

The Congress has 44 legislators and its support can ensure Yechury gets one more term.

One of the sources, however, said the practice of not electing a leader to the Rajya Sabha more than twice is just a norm and that the party can take a decision otherwise, if needed.

"The party norm aims to encourage young leaders within the party. However, it is just a norm and not something mandatory. The CPI(M) believes in collective decision-making.

So, it only has to take a call in this connection," the source added.