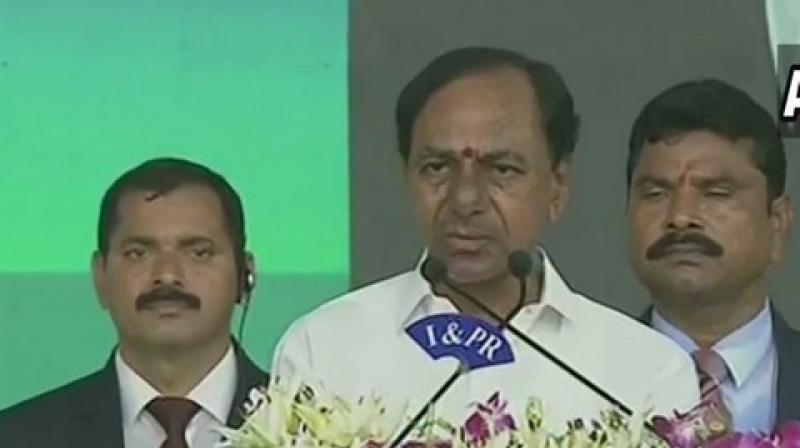 "Jagan Mohan Reddy is very young but he has a huge responsibility. Andhra people should be happy during his rule. Both Telugu states need to be developed with mutual understanding," Rao said while speaking from the same dais where Reddy had taken the oath.

"The consumption of Godavari water should take place 100 per cent by the Andhra Pradesh government. There are difficulties related to Krishna water, Telangana state government will provide all the support. People of Andhra Pradesh have given a wonderful opportunity to Jagan. Jagan's rule should continue for the next three to four terms," he said.

Rao had stuck a cordial relationship with Reddy against the backdrop of his rivalry with TDP chief N Chandrababu Naidu. Rao and DMK chief M K Stalin were among the dignitaries who attended the ceremony.

Reddy, who was sworn in by Governor E S L Narasimhan at the Indira Gandhi Municipality Stadium in front of a huge crowd of his party workers and admirers, was the only one to take oath today.

The YSRCP got an absolute majority in the 175-member Assembly, ousting N Chandrababu Naidu-led Telugu Desam Party (TDP) from power in the state. The party won 151 seats, whereas TDP's strength was drastically reduced from 102 in the 2014 Assembly elections to a mere 23. In the Lok Sabha, YSRCP bagged 22 seats out of the state's 25 with rest three going to the TDP.