The Opposition said that the government has miserably failed in combating the pandemic. 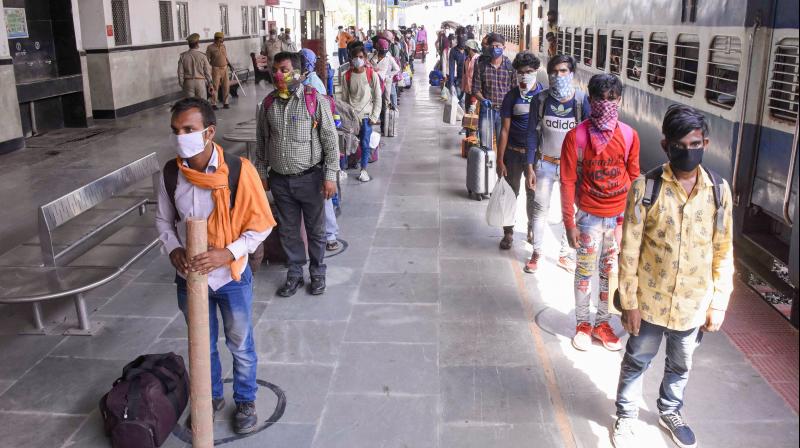 Ahmedabad: The Gujarat Congress accused the state government of hiding the actual figures of COVID-19 cases by earlier reducing the number of tests and now by not sharing proper information with the public to portray a rosy picture that infections had reduced in the state.

The Congress alleged that the BJP-led government had removed certain information from its coronavirus dashboard, stopped daily briefings and has not shared district-wise figures with people of the state.

Instead of containing the spread of coronavirus, the BJP government was busy hiding the real figures of infected people, Gujarat Congress spokesperson Manish Doshi alleged.

"The state government has stopped daily briefings by principal secretary health Jayanti Ravi, it has removed crucial information from its coronavirus dashboard, which it used to update daily and it has stopped disseminating details like city-wise cases," Doshi said.

After its miserable failure in combating the pandemic, the state Health Department had now decided to sweep the matter under the carpet, he claimed, adding that the state authorities were playing with public health.

"This is being done to portray a rosy picture that number of cases have come down in Gujarat," he alleged.

The state government had earlier reduced the number of tests conducted on a daily basis to detect COVID-19 cases, the Congress leader said.

The COVID-19 dashboard at gujcovid19.gujarat.gov.in now contains number of active cases, total samples tested, patients recovered, people under quarantine and total deaths, but nowhere does it have total number of confirmed cases either in the state or districts, he said.

Even the daily press release issued by the state health department regarding coronavirus cases no longer contain district-wise break-up of cases, with the focus shifting on recovery of patients, Doshi claimed.

Gujarat ranks fourth in the country after Maharashtra, Tamil Nadu and New Delhi in the number of infections reported so far.