UP CM also advised police dept to form anti-Romeo squads under every police station before schools and colleges are scheduled to reopen. 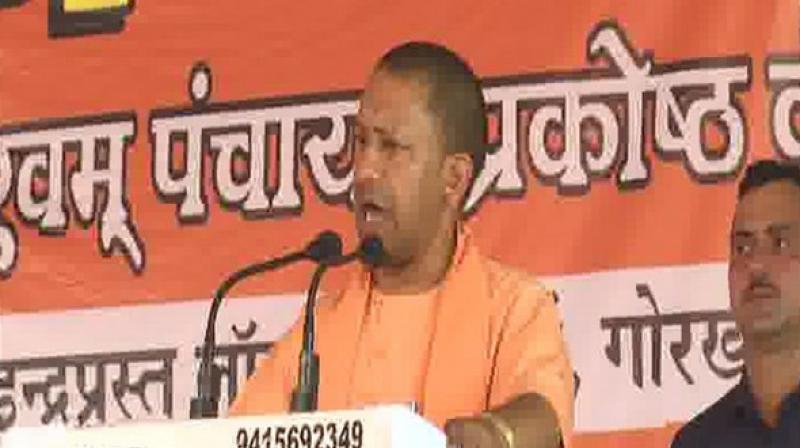 Uttar Pradesh Chief Minister Yogi Adityanath instructed the officials to form teams at the district level to curtail the activity of criminals in the state. (Photo: File)

Saharanpur: Uttar Pradesh Chief Minister Yogi Adityanath instructed the officials to form teams at the district level to curtail the activity of criminals in the state.

He advised the officials in Saharanpur, Muzaffarnagar and Shamli districts to take measures which will boost the confidence of civilians and instill the fear of police uniform in the state.

"Teams should be formed at the district level to bring crime at lowest possible rates in the state. There is a need to instill the fear of police uniform in the hearts of criminals and it is also needed to identify history-sheeters and bring them to justice," Adityanath said at a meeting here on Saturday.

The UP Chief Minister also advised the police department to form anti-Romeo squads under every police station before schools and colleges are scheduled to reopen.

"Strong action also needs to be taken against land-mafia, illegal miners active in the state and work should be done to get their properties seized," he added.

He also added that officials who were not interested in working whole-heartedly for the betterment of the society needed to be sent home and asked for the immediate closure of illegal slaughterhouses.

Congress leader Priyanka Gandhi Vadra on Saturday hit out at the Yogi Adityanath government alleging that criminals are "roaming around freely, doing as they like" in Uttar Pradesh.

Read: Has UP govt surrendered before criminals?: Priyanka lashes out at Adityanath

In a tweet, she also sought to know whether the state government has "surrendered before criminals".

In response to the claim, Adityanath, while addressing media here, said, "It is a case of sour grapes (angoor khatte hai). Her party president (Rahul Gandhi) lost from Uttar Pradesh. So while sitting anywhere - Delhi, Italy or England - they have to comment in order to remain in the news."

Minutes after Priyanka's tweet, Uttar Pradesh police responded by explaining how effective the police has been in combating crime, citing statistics.

"UP Police has taken strict action against serious offenders. In two years, 9,225 criminals have been arrested and 81 have been killed. Illegal assets of more than 200 crore people have been seized under the National Security Act and there has been an unprecedented decline in dacoity, murder, loot and kidnappings," read a tweet on the official page.

"Because of UP Police's effective working, there has been a 20-35 per cent decline in crimes. All sensational crimes have been solved in 48 hours," the police said in another tweet.