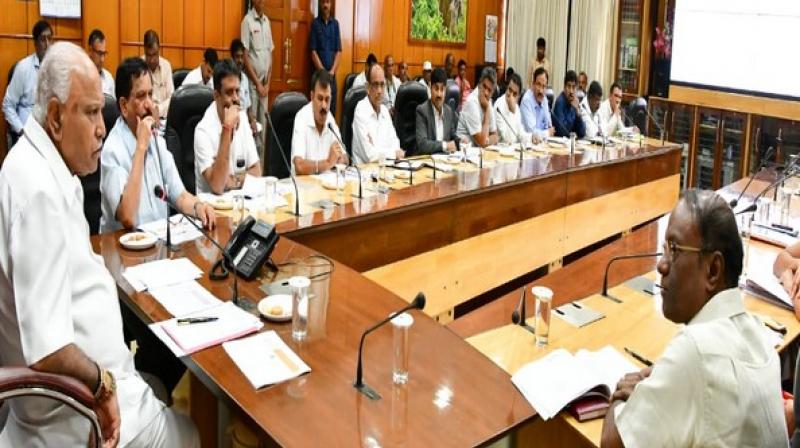 Moving the trust vote the chief minister promised not to indulge in vindictive politics and said he believes in ‘forget and forgive’. (Photo: ANI)

Kodagu: After sailing through the floor test in the Legislative Assembly on Monday, new Karnataka Chief Minister BS Yediyurappa on Tuesday held a meeting with the officials and MLAs from Kodagu to discuss the status of relief work took by the previous government in the region.

Karnataka's new Chief Minister also withdrew powers of boards and corporations in the state yesterday. He had directed the department secretaries to work as "in-charges."

76-year-old Yediyurappa, who was sworn in as Chief Minister on Friday after the fall of the Congress-JD(S) coalition government, sailed through comfortably with a voice vote after the strength of the Assembly was brought down by the Speaker disqualifying 14 MLAs on Sunday.

Moving the trust vote the chief minister promised not to indulge in vindictive politics and said he believes in "forget and forgive".

Yediyurappa was sworn-in as the 25th chief minister of Karnataka on July 26, following the collapse of the Congress-JDU government.