Mahajan said that those who have started their political career from the Cong and the NCP do not want to remain in their respective parties. 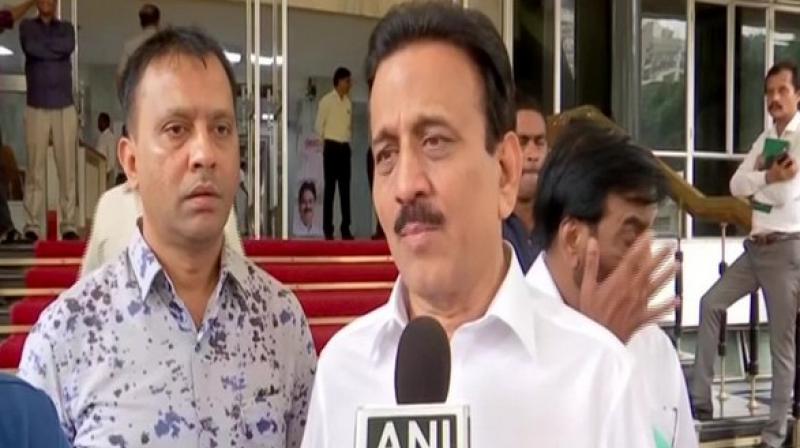 Mumbai: Senior BJP leader and Maharashtra Water Resources Minister Girish Mahajan on Tuesday claimed that more than 50 MLAs of the Congress and the Nationalist Congress Party (NCP) want to join his party ahead of the Assembly elections in the state later this year.

"Many people are excited to join BJP. There are more than 50 MLAs of Congress and Nationalist Congress Party who want to join BJP. But we also, have some limitations. We cannot admit everyone," he told ANI.

His statement came after three NCP MLAs -- Vaibhav Pichad, Sandeep Naik and Shivendra Raje and Congress legislator Kalidas Kolambkar -- handed over their resignation letters to Assembly Speaker Haribhau Bagade Tuesday. They will be joining the BJP on Wednesday.

The BJP leader said that those who have started their political career from the Congress and the NCP do not want to remain in their respective parties from now.

"Everyone wants to come to the BJP. They are fed up with their leadership and groupism. In NCP, their leaders are annoyed with family politics. Pawar's key party leaders now want to join the BJP. You will see in the coming days, many leaders will join our party," he said.

"They are talking like this to hide their problems. Leaders are joining the BJP by their choice. They want development in their respective constituencies," he said.
Earlier, Congress leader Radhakrishna Vikhe Patil who was the Leader of the Opposition in the state Assembly quit his party and joined the BJP. He later sworn-in as a Cabinet minister.