The NCP chief assured that despite BJP’s efforts, the MVA government is stable and will complete its five years 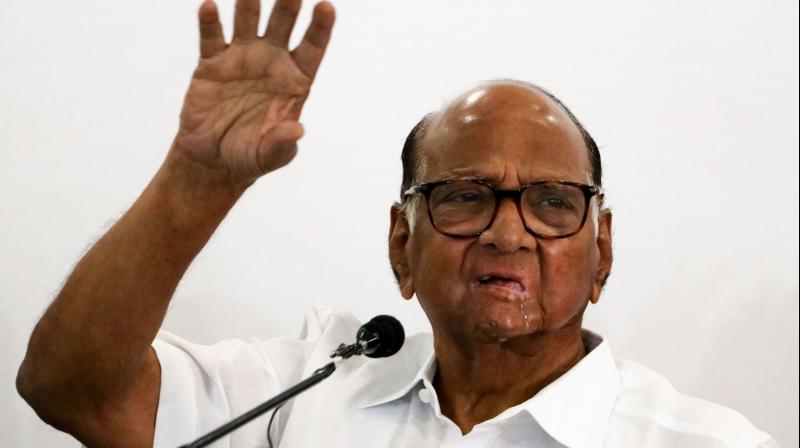 Nationalist Congress Party (NCP) chief Sharad Pawar said that BJP’s claim of not being interested in bringing down the MVA government is a lie. (PTI Photo)

Mumbai: Nationalist Congress Party (NCP) chief Sharad Pawar has reiterated that the Bharatiya Janata Party (BJP) was trying to destabilise the Maha Vikas Aghadi (MVA) government in Maharashtra. However, he made it clear that there is no threat to the Uddhav Thackeray-led government, comprising Shiv Sena, NCP and Congress.

In an interview given to a channel, the veteran politician said that BJP’s claim of not being interested in bringing down the MVA government is a lie. “Devendra Fadnavis says we don’t want to disturb or destabilise this government in Maharashtra. But it is a lie. All efforts are on to destabilise the state government,” he said.

The NCP chief assured that despite BJP’s efforts, the MVA government is stable and will complete its five years. “I want to tell one thing very clearly, there is no problem with the government. Ideologically, we are different but we have come together for the welfare of Maharashtra,” he said.

Pawar also denied BJP’s claim that the NCP had approached them for government formation in Maharashtra.

Jayati Ghosh named by UN to high-level advisory board on economic, social affairs