This comes after Karnataka HC had on Thursday dismissed Shivakumar's petition challenging summons issued to him in a money-laundering case. 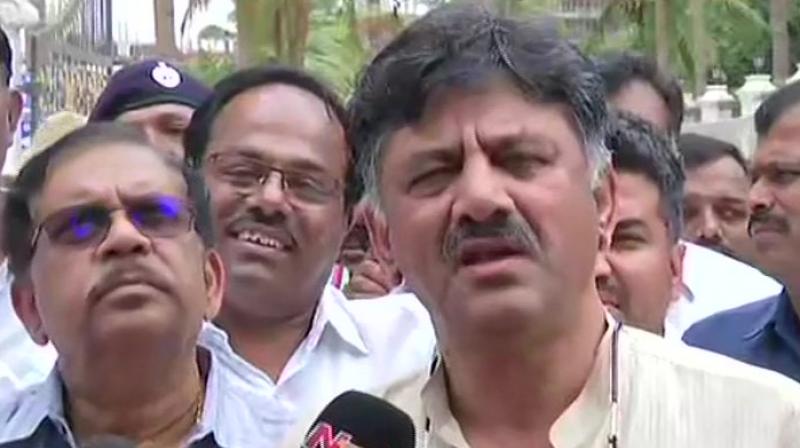 Bengaluru: Senior Congress leader and former Karnataka Minister D K Shivakumar said the Enforcement Directorate (ED) has issued fresh summons, asking him to appear before it in Delhi on Friday.

The ED move comes after the Karnataka High Court had on Thursday dismissed Shivakumar's petition challenging the summons issued to him in a money-laundering case.

"Have received summons from ED late yesterday night at 9.40 PM asking me to appear at 1 pm in Delhi today. Although the sudden scheduling by ED is malafide, I believe in rule of law and will definitely participate and fully cooperate with them and abide by the law of our country," he tweeted on Friday.

Alleging that he was facing a political case for protecting some MLAs, Shivakumar said, "Let it be. I will have to face it for doing good to someone. Yesterday, our application in the high court has been dismissed. I will speak to you on all matters. I'm going to Delhi."

"I have not been able to meet my lawyers. Last night I was issued summons, they have asked me to appear by 1 pm on Friday urgently in Delhi. I have to meet my lawyers and have family commitments, after that I will go to Delhi," he added.

The ED had in September last year registered a money-laundering case against Shivakumar and few others on the basis of an alleged tax evasion and hawala transactions case.

The agency had booked Shivakumar, Haumanthaiah, an employee at Karnataka Bhavan in New Delhi, and others under the Prevention of Money Laundering Act (PMLA).

The case has been filed based on a charge sheet (prosecution complaint) filed by the Income Tax Department against him early last year before a special court in Bengaluru on charges of alleged tax evasion and hawala transactions worth crores.

"IT raid on me was politically motivated for hosting Gujarat Congress MLAs. As a loyal soldier of Congress & a responsible politician, I did what party asked me to do, for which I am being targeted. I have full faith in legal systems & will face this legally as well as politically," he said in another tweet.