Kejriwal on Sunday laid the foundation stone of a new 362-bed trauma centre at the Sanjay Gandhi Memorial. 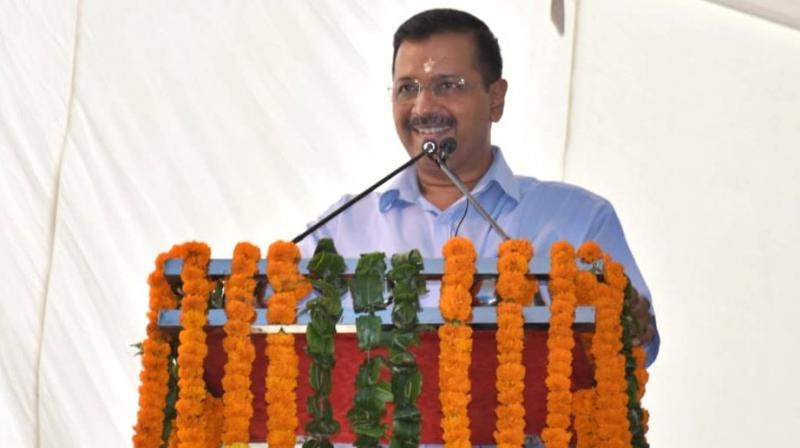 Kejriwal, however, expressed concerns over the pressure on the hospitals in the national capital and called for improving healthcare across the country. (Photo: Twitter | @ArvindKejriwal)

New Delhi: Delhi Chief Minister Arvind Kejriwal on Sunday addressed a gathering about the improved healthcare facilities in the national capital and asserted that people from across the country come here for various treatments. He was speaking at Malgolpuri’s Sanjay Gandhi Memorial Hospital, the chief minister gave the example of patients from Bihar availing the facilities in Delhi hospitals free of cost.

Kejriwal, however, expressed concerns over the pressure on the hospitals in the national capital and called for improving healthcare across the country.

"One person from Bihar buys a ticket to Delhi for Rs 500, returns after availing treatment worth Rs 5 lakh. While this makes us happy that these are the people of our country, Delhi has its own capacity. How can Delhi serve the people of the entire country, so there is a need for improving the healthcare facilities across the nation," the chief minister said, reported News18.

Kejriwal on Sunday laid the foundation stone of a new 362-bed trauma centre at the Sanjay Gandhi Memorial. The trauma centre will have ICU and emergency beds, and six operation theatres and is expected to be ready in 18 months.

"We have saved Rs 290 crore in just one project (the trauma centre). If I use this money to make medicines, treatment and tests free for the people of Delhi, is it wrong? The Opposition claims we are wasting money by providing free healthcare to people," he said in a tweet.

Asserting that the Delhi's healthcare model is being built upon that of the Denmark, Kejriwal said, "There has been a massive expansion in the health infrastructure in Delhi in various levels."

"The dispensaries in Delhi were in adverse conditions, and people had to rush and crowd the big hospitals for simple medical conditions, which is why the Delhi government has constructed 200 'Mohalla' clinics and construction 200 more clinics will be completed in another 10-15 days. Construction of 300 additional Mohalla clinics is being carried out and will be completed by December," he added.