Sharma, who along with Sibal is part of the 'Group of 23' which last year had written to Gandhi seeking organisational overhaul of the party 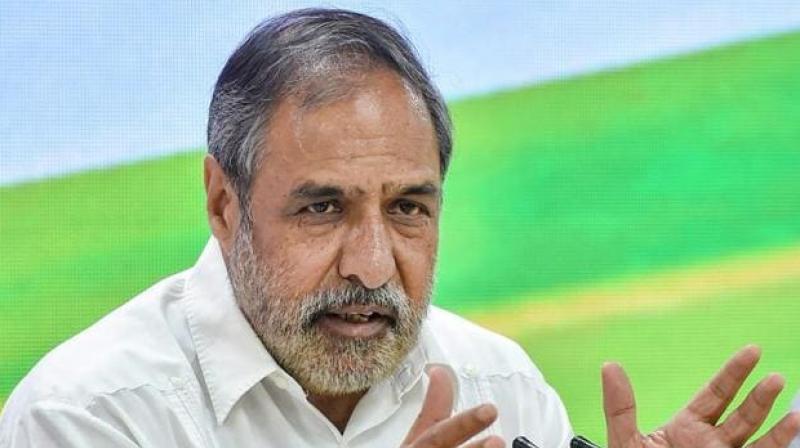 New Delhi: Senior Congress leader Anand Sharma on Thursday expressed disgust over party workers' protest outside Kapil Sibal's house after he raised questions over the functioning of the Congress and asked AICC chief Sonia Gandhi to take strong action against those involved.

Asserting that differences of opinion and perception are integral to a democracy, Sharma, who along with Sibal is part of the 'Group of 23' which last year had written to Gandhi seeking organisational overhaul of the party, said intolerance and violence is alien to the Congress values and culture.

"Shocked and disgusted to hear the news of attack and hooliganism at Kapil Sibal's house. This deplorable action brings disrepute to the party and needs to be strongly condemned," Sharma said in a series of tweets.

He asserted that the Congress has a history of upholding freedom of expression.

Those responsible must be identified and disciplined, Sharma said.

Hours after he raised questions over the functioning of the Congress, Sibal on Wednesday came under attack from several quarters with party workers also protesting outside his house here.

In the wake of several Congress leaders quitting the party and its Punjab unit in turmoil, Sibal has demanded that an immediate meeting of the Congress Working Committee (CWC) be convened and wondered who in the party was taking decisions in the absence of a full-time president.

Carrying 'Get Well Soon Kapil Sibal' placards and raising slogans against Sibal, Delhi Pradesh Congress Committee (DPCC) workers had protested outside his Jor Bagh residence, saying they were "hurt" by his remarks.

The protesters raised slogans against Sibal, asking him to "leave the party".