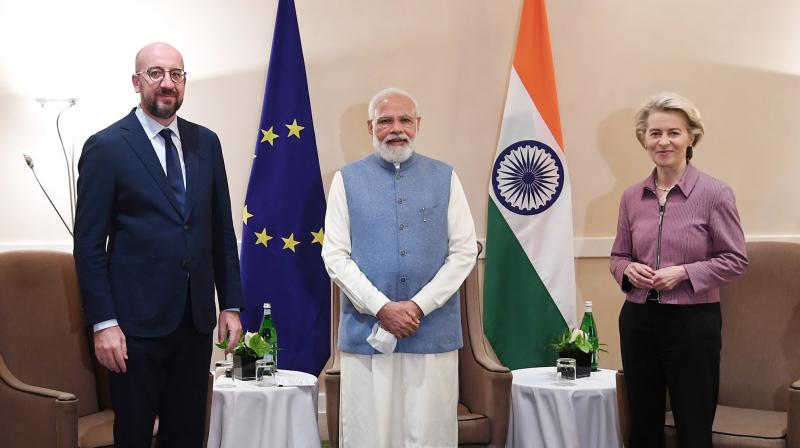 New Delhi: Ahead of an important meeting with Pope Francis at the Vatican and the G-20 Summit on Saturday, Prime Minister Narendra Modi on Friday met the presidents of the European Council and the European Commission in Rome.

He would meet his Italian counterpart Mario Draghi late on Friday evening. “During the meeting, leaders of India and the European Union reviewed cooperation between India and the EU as well as the RoadMap 2025 agreed at the last India- EU Summit. They also discussed climate change, Covid-19 pandemic and contemporary global and regional developments of interest to both sides. EU leaders also congratulated India for its excellent progress on vaccination,” the ministry of external affairs said in a statement on Friday.

The Prime Minister, who landed in Rome earlier in the day on Friday, would meet the Pope on Saturday — an interaction billed as historic and will be keenly watched by the entire country and the Catholic Church, including the millions of Catholics in India.

In his a statement that he made before his departure from New Delhi, the Prime Minister said: “During my visit to Italy, I will also visit the Vatican City, to call on His Holiness Pope Francis and meet Secretary of State, His Eminence Cardinal Pietro Parolin.