Ahead of key UP Assembly elections, BJP revives Hindu-Muslim dispute 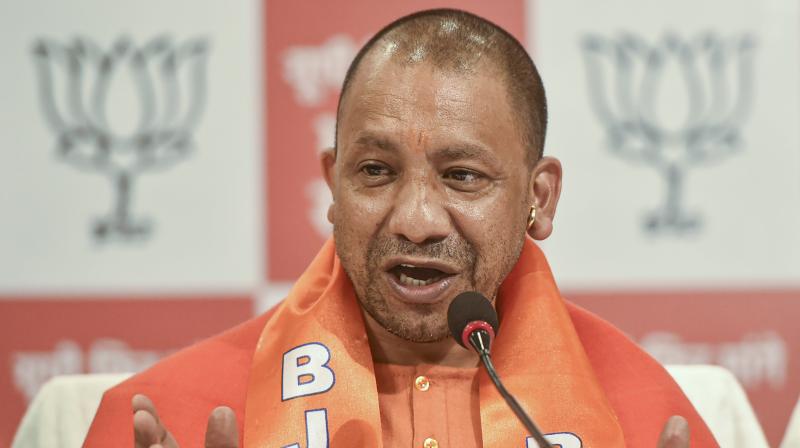 MATHURA: In the streets around a revered religious site in Mathura where a temple and mosque stand side-by-side, the handful of Muslim restaurants that remain are mostly empty or shuttered.

A ban on meat last year by the chief minister of Uttar Pradesh, who issued the order on religious grounds, has decimated their trade.

Now Yogi Adityanath, up for re-election in the state next month, has turned his attention to the temple itself, suggesting he will champion the Hindu cause in a long-running dispute with Muslims over who owns the site.

The issue has become a central part of the BJP's campaign to extend its grip on power in Uttar Pradesh, home to 20 crore people and the bellwether of national politics.

Hindus and Muslims have argued for decades over who should control the site, echoing other disputes in India that have, on occasions, flared into deadly riots between the two communities.

While communal violence in India is sporadic, clashes erupted across the country in early 2020 over a citizenship law that Muslims said was discriminatory. Dozens of people died.

Now mention of the Mathura dispute during campaign rallies and on social media has the city's Muslims worried, according to interviews with more than 20 residents.

"An old case which has been settled ... is being revived because we have a new, triumphalist Hinduism," said Nilanjan Mukhopadhyay, author of several books on Prime Minister Narendra Modi and the Hindu nationalist movement.

"There is a greater emphasis on playing the temple card."

Opinion polls suggest that the BJP will win the vote in Uttar Pradesh, despite broad discontent over the economy and the government's handling of the pandemic.

The chief minister, seen by some analysts as a potential successor to Modi, has cast the ballot as "80% versus 20%", figures he did not fully explain. The percentages closely match the Hindu and Muslim share of the population across the state.

Adityanath's office did not respond to a request for comment on the situation in Mathura.

The BJP swept to power in Uttar Pradesh on a Hindu-first agenda in 2017, and did not field a single Muslim candidate. Indians vote for powerful state legislatures separately from nationwide parliamentary elections.

That victory reflected the party's dominance nationally, since Modi stormed to power in 2014 after appealing to the Hindu majority.

The main opposition Congress party complains that by putting Hindus first, he and the BJP discriminate against minorities and risk stoking violence. Modi has defended his record and says his economic and social policies benefit all Indians.

Jamal Siddiqui, head of the BJP's minority commission, said the party was working to increase the number of minority candidates in Uttar Pradesh and the four other states going to the polls next month.

"I hope the minority community will participate both in elections and in government," he told Reuters. "The Modi government has protected religious sites for all religions. Now, instead of being afraid of saffron, Muslims are coming closer."

Suspicion of the BJP among Muslims in Mathura had been caused by misleading claims from opposition parties, Siddiqui added.

Among the holiest cities in Hinduism, Mathura, is believed to be the birthplace of Krishna, one of the most important Hindu deities.

A temple standing on the reputed site of his birth was razed and replaced by a mosque, known as the Shahi Eidgah, in the 17th century during the Islamic Mughal empire. A Hindu temple complex built in the 1950s now backs on to the mosque.

An agreement was brokered in 1968 to settle the use of the land, and the two structures stood like "two sisters" until legal action to demolish the mosque began in 2020, said Z. Hassan, president of the trust that runs the Eidgah.

"I have been here for 55 years. I have not felt tension between Hindus and Muslims," he said. "Only in the last few years this idea has come that there are two communities."

The case, brought to a local court by several Hindu priests, says the 1968 agreement was fraudulent.

"This land is very important to us," said Vishnu Jain, the lawyer acting for the petitioners. "I don't believe in any kind of dialogue. There is only one compromise which can happen – that they will be out of this property."

Both sides expect the case to last for years.

The local dispute has been taken up by Adityanath and several other BJP leaders during campaigning.

He told a rally last month that work on constructing a temple in Mathura, along the lines of a similar development in Ayodhya, was "in progress", without giving more detail.

Ayodhya was the scene of communal violence in 1992 and 1993 in which more than 2,000 people died, after a mob demolished the 16th century Babri Masjid mosque that many Hindus claimed was on the birthplace of Lord Rama - another important deity.

A court ruling allowing the construction of a temple on the site of the Babri Masjid was a major campaign issue in the 2019 general election, when the BJP increased its majority.

'THE LAND IS OURS'

Many Hindu residents of Mathura support plans to reclaim the land from the mosque.

"The land is ours and should be given back," said Bipin Goswami, an 19-year-old with his face daubed saffron with sandalwood paste.

Local authorities mobilized thousands of security personnel in December after fringe Hindu groups announced an attempt to place a statue of Krishna inside the mosque on the anniversary of the Babri Masjid's destruction.

The attempt failed, but at the mosque, ringed with barbed wire and lookout towers since the early 1990s, police now check the ID cards of everyone entering the complex.

Aved Khan, a 30-year-old Muslim who has a food cart in Mathura, said he changed the name of his business from Srinath Dosa to American Dosa Corner after a group of men demanded that he stop using a Hindu name.

"You are Muslim, how can you have this name?" one of the men asked, tearing down the stall's signs, according to a police report of the incident in August.

Rajesh Mani Tripathi, national president of the Shri Krishna Janmabhoomi Mukti Dal - a hardline Hindu group that was also behind the attempt to install the statue - told Reuters he was one of the men involved in the altercation.

"If he was Muslim then he should write his name on the banner and should not cheat people by mentioning a Hindu name," he said.

Muslims in Mathura also complained about Adityanath's decision in September to ban meat within a 3 km radius of the temple.

At the empty Royal Restaurant, one of the few in the area remaining open, cooks fashion traditional lamb kebabs and chicken tikka out of soya.

"Before the BJP there was no tension here," said Sajid Anwar, standing before his shuttered Labbaik Restaurant.

Anwar said there was no demand for vegetarian food among Muslims. He is waiting for the election results before deciding whether to close permanently.

"If Yogi returns, I will have to find another trade."