Shah, who arrived in Mysore by a special flight Thursday evening, is participating in a series of events in old Mysore region. 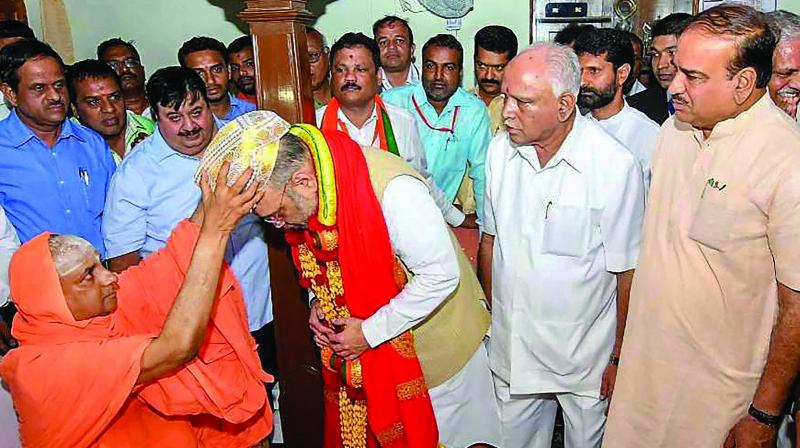 Mysore: BJP national president, Amit Shah, who is currently campaigning in the state for the coming Assembly poll, asserted on Friday that the JD(S) could not throw the Congress out, but the BJP could and “the biggest shock defeat” for the  party would begin from chief minister Siddaramaiah’s hometown of Mysore.

“We are looking for transformation of the state for the sake of its women, youth, dalits, and tribals. Do the people want the BJP, which is committed to development or the Congress which is collecting commission?” he asked, addressing the “Navashakthi” convention of BJP workers of 656 booths of Chamaraja Narasimharaja and Krishnaraja constituencies at the Maharaja’s College grounds.

Mr Shah, who arrived in Mysore by a special flight Thursday evening, is participating in a series of events in old Mysore region over Friday and Saturday.