Judge Mahesh Chandra Sharma has also instructed the forest department to plant 5,000 plants in the cowshed every year. 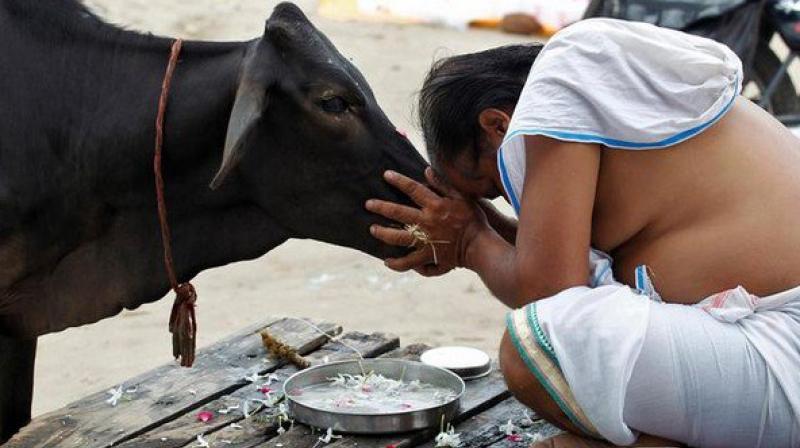 Jaipur: In the hearing over the Hingonia Gaushala matter, the Rajasthan High Court on Wednesday recommended the Centre that the cow be made the national animal, further adding that the punishment for cow slaughter should be escalated to life imprisonment.

ACB ADG has been ordered to prepare report every 3 months on cowshed and the court has also directed UDH Secretary and municipal commissioner to visit once every month.

Judge Mahesh Chandra Sharma has also instructed the forest department to plant 5,000 plants in the cowshed every year.

The judgement comes in the wake of the Centre's order on ban on sale of cattle for slaughter, which is facing a strong opposition by the state governments of Kerala, Karnataka and Tripura.

Earlier last year, following the death of over a hundred cows in the past few weeks at a government-run cowshed in Jaipur, the Rajasthan Government had sought a report on the matter and vowed to improve the situation in Hingonia Gaushala.

Reports said the death of cows was due to alleged lapse in maintenance of cowshed.

"The Chief Minister has asked for report on Hingonia Gaushala. We are drafting a road map and action plan to improve situation there," said Rajasthan Minister Rajendra Rathore.

According to reports, the authorities initially said the cows which died were already unwell and suffering from malnutrition.

There are over 8,000 cows at the Hingonia Gaushala which are taken care of by a team of 14 veterinarians, 24 livestock assistants, and about 200 other staff.