'Bhujbal, family will not be inducted in Sena,' assures Uddhav Thackeray 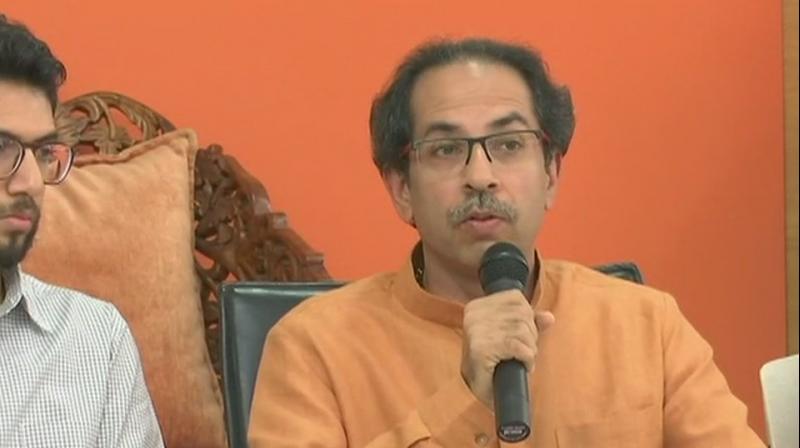 Mumbai: Shiv Sena chief Uddhav Thackeray has assured party workers from Nashik that senior NCP leader Chhagan Bhujbal will not be inducted into the party.

Thackeray held a meeting with party workers from Nashik on Tuesday to discuss preparation for the upcoming state elections. The party workers raised concerns about Bhujbal’s likely induction in the party.

“The Sena chief has assured the activists that Bhujbal or his family members will not be inducted into the party,” The Indian Express quoted a Sena functionary.

After Mumbai NCP president Sachin Ahir joined the Shiv Sena, there were speculations of Bhujbal, his son Pankaj and nephew Sameer joining the Sena. Bhujbal, however, dismissed this as a rumour.

Ravindra Tiwari, a Sena member from Vikhroli, had put up posters against Bhujbal outside the Shiv Sena headquarters in Dadar and the Thackeray residence Matoshree, along with some other prominent places in the city.

The banners stated that Bhujbal ordered the arrest of then Sena supremo Bal Thackeray. ‘People of Maharashtra can never forget the pain inflicted on saheb (Bal Thackeray). You (Bhujbal) stay where you are’, read the banner.