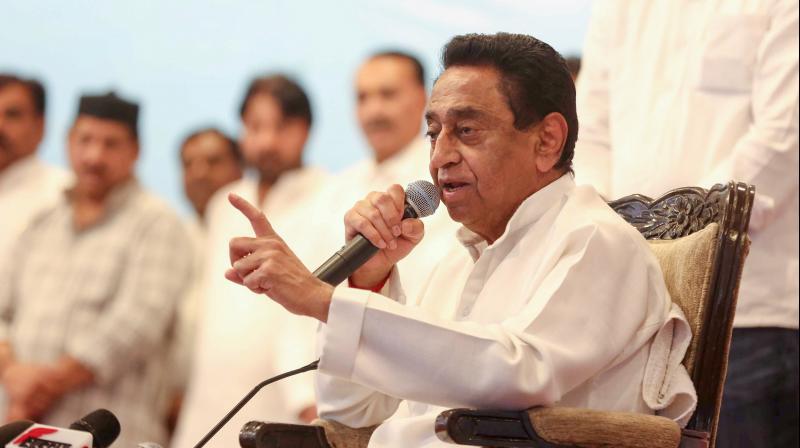 Bhopal: Congress veteran and former chief minister Kamal Nath on Friday hailed the ongoing process of building Ram temple at Ayodhya, saying, “It will realise a cherished dream” of millions of people in India.

Significantly, Nath is the first senior Congress leader to come out openly in support of Ram temple at Ayodhya ahead of ‘Bhoomi Pujan’ ceremony, slated to be organised on August 5, in which Prime Minister Narendra Modi is scheduled to attend.

“Hopes and aspirations of millions of people of the country will be fulfilled with construction of Ram temple in Ayodhya. The temple is being constructed with support from all sections in the country. It can only happen in India," a twitter post by him said on Friday.

Ruling BJP, however, has taken a jibe at him for extending support for the construction of Ram temple, reminding him of his party’s stand on the issue.

“Congress always opposed Ram temple in Ayodhya and created all kinds of hurdles to stop the temple coming up in Ayodhya. It is a pleasant surprise for us to see a change of heart in Nath over the issue," BJP spokesman Rajneesh Agrawal quipped.

He described Nath’s ‘sudden change of heart’ on Ram temple issue as merely a ‘poll gimmick’ to woo Hindu votebank ahead of by-elections in the 27 Assembly constituencies in Madhya Pradesh, scheduled to be held by end of September this year.

“The Congress leaders, including Rahul Gandhi, had hopped from temple to temple ahead of 2018 assembly elections in Madhya Pradesh to shed party’s anti-Hindu image. However, the ploy failed to click. Nath plans to adopt the same strategy in the upcoming assembly by-elections in the state to shed his party’s anti-Ram temple image. But, it will also boomerang on Congress in the upcoming Assembly by-elections," he added.