Trump’s victory did not go well with most Clinton supporters who took to Twitter to express their opinion.

Trump’s victory did not go well with most Clinton supporters who took to Twitter to express their opinion.

: In a stunning result, billionaire businessman Donald Trump on Wednesday beat seasoned politician Hillary Clinton in the election, defying all odds to become the 45th United States President after starting off as a rank political outsider.

It was a heart-break for Democratic nominee Clinton, who was hoping to become the first woman president of the US, as Trump edged past her in a see-saw battle which he clinched by winning 288 electoral college votes to Clinton's 215 when reports last came in.

The 70-year-old business tycoon's strong showing in states like Pennsylvania, Ohio, Florida, Iowa and North Carolina helped him pull-off a win which proved most pollsters wrong.

However, Trump’s victory did not go well with most Clinton supporters who took to Twitter to express their rage and disgust.

Here's a compilation of the best tweets: 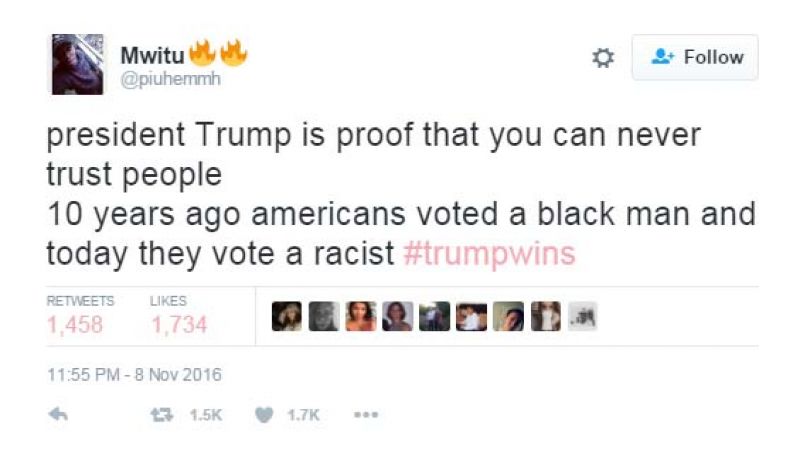 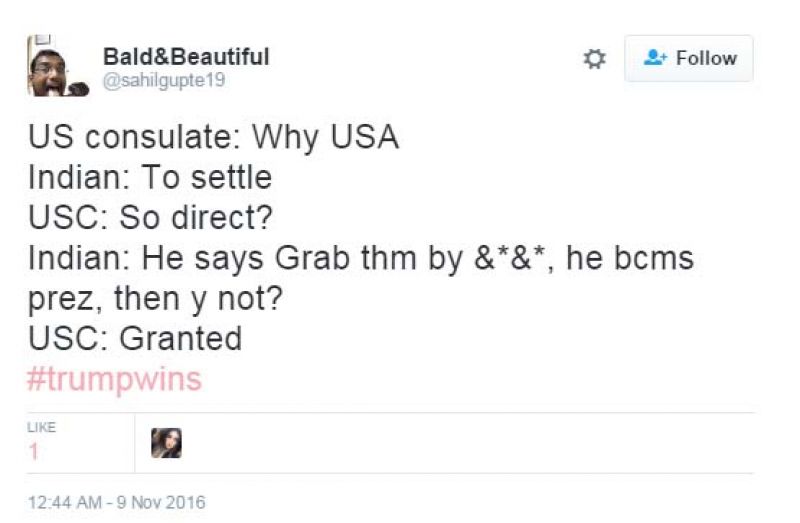 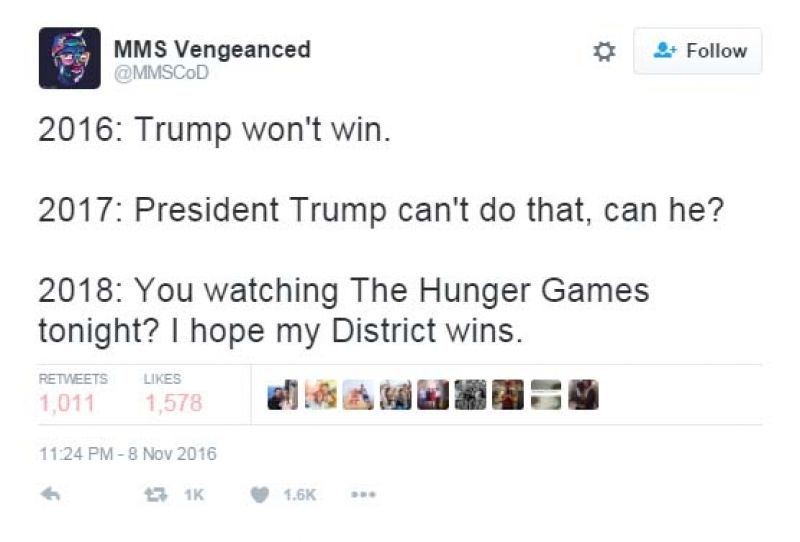 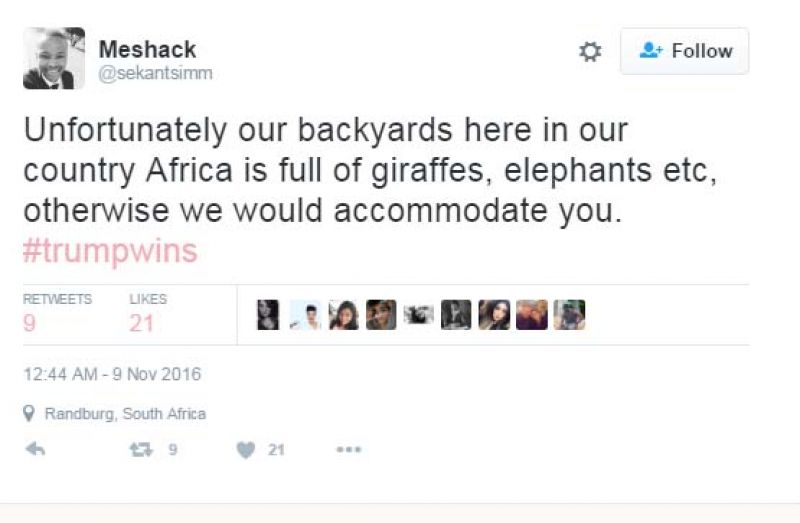