Composers have all the colours of the musical rainbow available to them and it's interesting to study how they pick which ones to use. 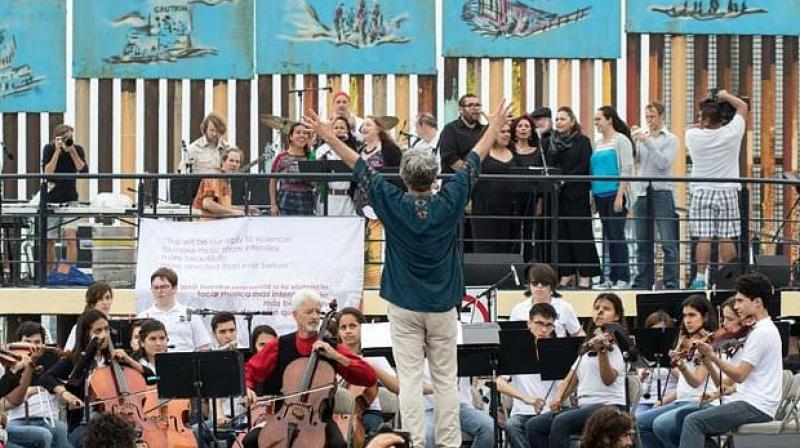 Composers have all the colours of the musical rainbow available to them and it's interesting to study how and why they pick which ones to use. (File Photo: AFP)

Solo performances are twice as likely to feature in the kind of songs that tighten our throats and leave us searching for a tissue, according to a study.

The study, published in the journal Music Perception, helps illuminate the ways in which a composer might intentionally impart sadness into the lines of an orchestral piece.

Orchestral passages with sad characteristics are twice as likely to feature solos, found a study led by Niels Hansen from The Ohio State University in the US.

"Composers make creative choices about their pieces based on a wide variety of factors, but one of the possible reasons for solos may be that they convey feelings of isolation, loneliness or vulnerability," said Hansen.

"One need look no further than this performance of John Williams' "Schindler's List," and its violin and English horn solos, to understand the emotional power of the solo, said Hansen.

Popular music employs the same technique to the same effect, he said, offering the example of the guitar solo, played by Prince, in The Beatles' "While My Guitar Gently Weeps."

The researchers wanted to apply science to that music-emotion connection to better understand the theory behind the use of the solo instrument in an orchestral composition, Hansen said.

They focused on 11 instruments featured on an orchestral excerpts website called orchestraexcerpts.com.

The researchers characterised 330 randomly selected excerpts as solos or not solos and then independently analysed the same passages based on seven musical features previously linked to sad affect.

Those include mode (the use of major or minor key), tempo, dynamics, articulation, rhythmic smoothness, relative pitch height and pitch range.

Passages that were characterised as sad/relaxed were twice as likely - 74 per cent, compared to 37 per cent of non-sad excerpts - to include a solo performance.

The researchers followed up this comparison with another statistical analysis to determine if the seven "sad" factors could predict the likelihood of a solo.

As a whole, they did. However, when the music theorists separated the factors, only two independently predicted the likelihood of a solo in the musical passage - legato articulation (meaning the notes are smooth and connected) and quiet dynamics.

Though composers have a variety of reasons for including solos in their pieces, this study suggests that imparting a sad quality is likely to be one of them, Hansen said.

He said he was particularly interested in looking at solos in orchestral pieces because composers have such great latitude when -deciding which instruments - and how many - to assign to a given passage.

"Composers have all the colours of the musical rainbow available to them and it's interesting to study how and why they pick which ones to use," Hansen said.